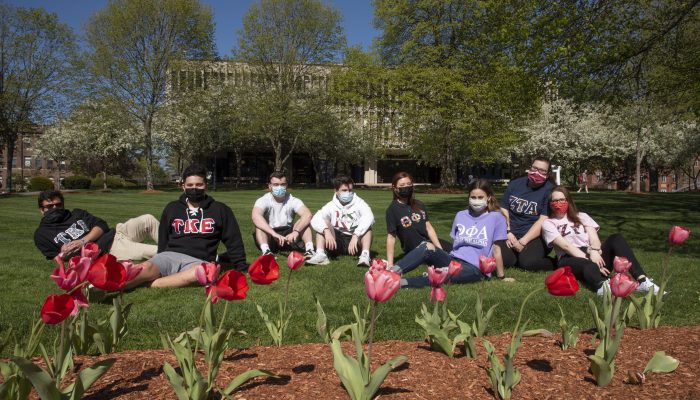 Easter, the Spring concert, and warmer days are just some of what we get to look forward to in the second half of our Spring semester. Although, members of campus’s Greek life organizations, Zeta Tau Alpha, Theta Phi Alpha, Kappa Sigma, and Tau Kappa Epsilon, also have the upcoming Greek Week! Merrimack College’s annual Greek Week is this March 29th to April 3rd, hosted by the Panhellenic Council and the Interfraternal Council. During Greek Week, all four Greek organizations participate in activities to earn points for their chapters to see which team is crowned the winner with the most points! Greek Week is kicked off on Tuesday, March 29th, with a lip sync battle, hosted in the Rogers Center auditorium. This event is open for the public to watch so if you’re interested in Greek life on campus or know anyone involved, definitely stop by! Trivia night follows on Thursday with Friday night being the Greek Mixer. The Night in Vegas theme is sure to make some fun memories for all involved! Greek Week ends on Sunday April 2nd with a brunch and awards ceremony for the winning team. Good luck to all teams during what is sure to be a fun week!