The Case for “King of the Hill”’s Peggy Hill 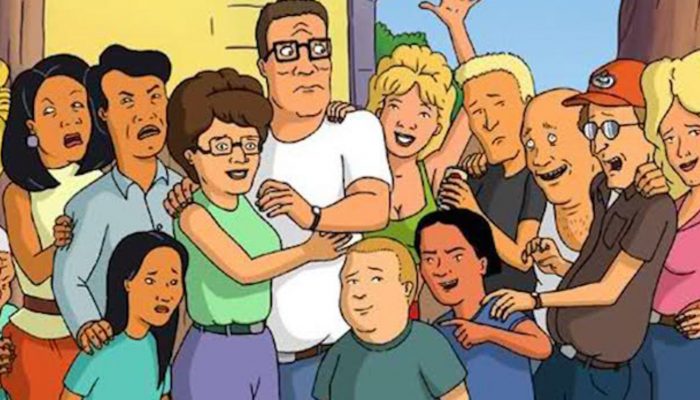 Everyone growing up knew about the dynamics of their family. For the traditional All-American family, we saw the honest, hardworking father. There was the growing, yet at times strange children of the family. Then, of course, we had the super-mom, the mother so confident and skilled, she could take on any challenge. In television, this dynamic was portrayed often, however some shows often portrayed these characters in different lights. Most of the time, we saw the honest, hardworking father turn into a lovable oaf, but very few manage to change the mother into a portrayal of someone overconfident and cocky. Even then, fewer get it as right as King of the Hill’s Peggy Hill. Peggy is an example of a wonderfully written character for how awful she can seem, including in her “worst” episode.

First it’s important to get an idea of what a “super-mom” looks like on television. Why not quickly look at another Fox network matriarch, Marge Simpson. Marge is the example of the supermom, an icon in the American household. Often staying home, she cleans, takes care of her family, and shows a lot of motherly nature. However, she takes the housewife stereotype and breaks the mold through her actions. She will join the police force to make Springfield safer, protest violent cartoons because of her husband being indirectly hurt by them, and even go against the monorail being built. Marge is someone who puts her family and community first, and then decides to tackle personal interests. So how does Peggy challenge these super-mom ideals?

One thing I can say to describe Peggy Hill is she has all the aspects of a super-mom in her head, which inflates her ego. In reality she’s just as normal and flawed as the rest of us. King of the Hill loves to take aspects from traditional America that we know to build a realistic community of characters. Peggy is one of these, but she isn’t a super-mom, instead she’s narcissistic, hyper-competitive, and oftentimes thinks of herself as infallible. Whereas this is a mistake most shows make, she is a very well-written character because of these traits being so understandable. At times, mothers often think this way, albeit how much they do depends on the person.

One excellent example of Peggy having these traits is in the episode “Goodbye Normal Jeans.” This episode is thought of as notorious for showing Peggy in such awful light. However, I’d argue she shows aspects of moms no one wants to admit, but do exist. In this episode, young Bobby Hill is taking Home Economics, and he begins incorporating these skills into the house. Peggy’s confidence starts when helping Bobby with an assignment, and ruining Hank’s jeans in the process. It’s a very simple, yet clear example of how Peggy can be used to ruin situations for other characters. However, Peggy doesn’t truly become a force of nature until she feels threatened, and this can include her son taking over her roles in the house.

When Bobby fixed Hank’s jeans, Peggy felt offended that she couldn’t, and this went beyond just a pair of jeans. Bobby began cooking and cleaning in the house, something he felt natural in. To Peggy though, she believed her roles were threatened, and the super-mom in her head kicked in. She became jealous and competitive with her own son. This competitiveness ranges from trying to “win” Hank back with looks, or even tarnishing the family Thanksgiving dinner. It’s all of these vile actions in order to remain back in her status quo. In Peggy’s eyes, Bobby is trying to steal Hank from her. This is the main case against this episode.

However, something that’s important here is that Peggy isn’t upset her son is doing these things. Earlier in the episode, we saw her initial support of Bobby trying to succeed in this Home Ec class. What upsets her that because he is doing these things, she feels less appreciated by Hank. Hank begins pretending Peggy’s contributions are less important than Bobby’s, including how he blatantly disrespects Peggy’s dinner by eating Bobby’s pot roast over the pork chop night. This actually is strange when you look into it. Before, Hank was very critical of Bobby in Home Ec, confiding all these concerns into Peggy. So, for Peggy to feel threatened, it’s an understandable plight. Her struggles are real and understandable, and that’s why Peggy is so wonderfully written.

Her family doesn’t want to make her feel threatened or attacked, and they acknowledge what they’re doing gets to her. They make up to Peggy by having Hank make a classic meal for her and say “I didn’t marry you to cook or clean, I married you for love.” Other shows, I feel, would put Peggy on full-blast, chastising her for a “stupid” problem she’s having. King of the Hill is a show with realistic and understandable plots and conflicts for our characters. Peggy’s friends understand her struggle and never question her. In other episodes of the show, they do call out her extreme behavior, which causes this instance more than any to put Peggy in a sympathetic light. Many fans have argued this is an insufferable Peggy episode, but her love for providing for her family is something that we see is important to her. While Peggy may be weird and irrational, that’s a trait of some moms and it’s portrayed well here.