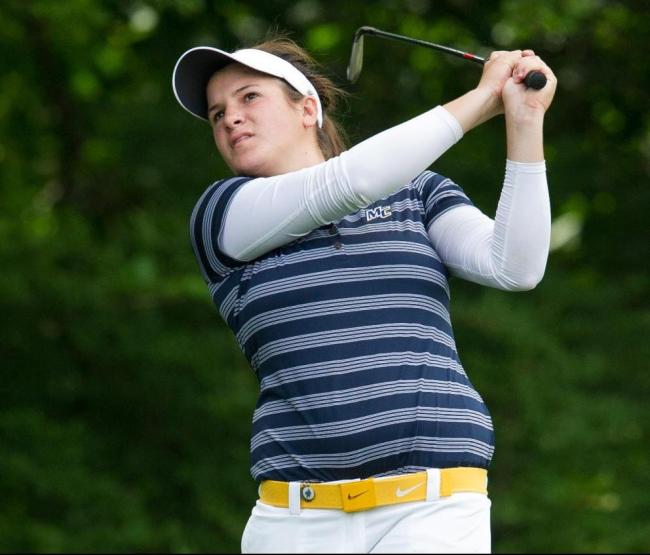 Despite having only eight members of the team – two seniors, three juniors, two sophomores and one freshman – Merrimack women’s golf team enjoyed a terrific season. The ladies just finished up their fall campaign with a final tournament in Puerto Rico, far away from the comforts of their home course – Black Swan Country Club – in Georgetown, MA.

Warriors junior golfer Ali Reed, who has been golfing for over ten years, had many good things to say about the season. She, along with several other teammates, had a very successful season. With their efforts they are currently ranked No. 9 in the region. Reed shot her personal best round at the Wellesley Invitational this season in October.

A lot of the success can be attributed to coach Nick Crovetti.  According to Reed, Crovetti is “a fantastic coach who knows so much about the game and has all of us improve our scores and swing. He works so hard to get us in the best tournaments and recruit the top players every year.”

The team has a lot to look forward to in upcoming years with most of their team returning.