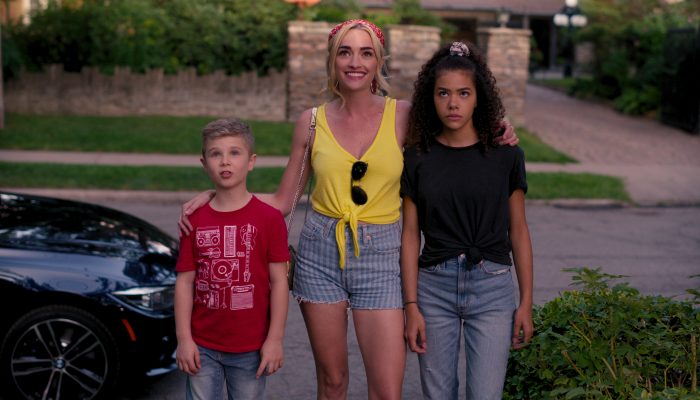 There’s no doubt in my mind that Ginny and Georgia displays everything about high school that parents fear. Conversations about sex, masturbation, underage alcohol and drug use, self harm, and of course classic high school drama all take place throughout this 10 episode premiere of the Netflix Original series. Parents aren’t the only ones who dislike this show- critiques have not been kind to Ginny and Georgia. Yet, it is still extremely successful especially within its target audience- high school students and young adults. How so? This new series covers more than just petty drama between teens, it captures the adolescence perspective and hardships faced while growing up as a biracial American.

Georgia had her daughter Ginny at the age of 15, the show taking place when Ginny is all grown up and 15-going-on-16 herself. Ginny is both white and black, making her own identity debate a common theme throughout the show. Being raised by Georgia and living with her half brother Austin, both of them being white, Ginny is more intune with her white identity, however isn’t perceived as white by her peers at school in a predominantly white Massachusetts town. This show portrays the struggle that many Americans with mixed heritage go through in identifying themselves.

Through her high school journey in a new town, Ginny finds herself falling in love with two different guys- one white, one biracial. She faces the difficult decision of choosing between the two. Hunter, the supportive, understanding Asian-American guy who treats Ginny right seems to be who she wants to choose, or who she thinks is better for her, until she realizes that he just doesn’t quite get her the way Marcus does. Marcus, although white and unknowing of what it’s like to be a young biracial American, cares for Ginny and is helpful towards her own identity discovery, rather than adding to her internal identity struggle as Hunter does.

Something critics pointed out is Ginny’s character shift, particularly from an outspoken young woman to one who doesn’t dare correct her friends in discussions about race. “Ginny’s experience of racism, mostly in the form of microaggressions, is plain for the eye to see, particularly in the comments made by Ginny’s new friends… the show is in many ways portraying a main character who is struggling with their biracial identity and the show normalizes racist comments by not having Ginny call out her friend.” Living in a predominantly white town is a new experience for Ginny, and I’d argue that the show does a great job of showing a biracial teenager’s struggle with their identity. Sure, Ginny is super confident and outspoken at first, but after hearing comment after comment regarding race, it is expected in my opinion for her to become more closed off and adapt. We see her enter survival mode, and adapt to her new surroundings. I think that although this show isn’t challenging racism by having Ginny fight back, the confusion that can occur for a biracial teenager in American school systems is represented accurately and effectively. This was only season one after all, and there is for sure room for character development of our beloved main character.