Home > Entertainment > From “Friends” to “The Great British Bake Off”, We All Love Comfort TV Right Now

From “Friends” to “The Great British Bake Off”, We All Love Comfort TV Right Now 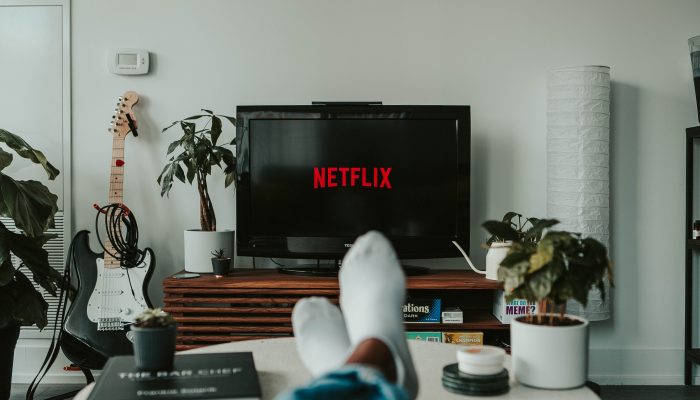 In an ever-stressful world, we often resort to television as an escape from reality and the struggles of everyday life. Especially amidst a pandemic, spending loads of time indoors with nothing else to do but watch television, comfort TV became rather popular. What is comfort television? Comfort television could consist of different shows for everyone, for most it’s short, humorous episodes, or even longer segments that don’t require ALL of our attention, but the key definition of comfort television relies upon what it does for the audience watching. Comfort television allows us to unwind and stray away from our regular, busy lives and just relax- through television.

“It seems that, in this time of unprecedented choice and quality, the so-called golden age of prestige television, most of us still want to watch half-hour shows about vaguely likable people in which everything turns out OK… And preferably something that we have seen many, many times before. Welcome to the age of non-event TV.”

We are in an era of “prestige television” (examples include shows like Game of Thrones and Blacklist) with very technical, detail-oriented, serious shows airing. Despite this, many of us choose lighter, “fluffier” shows that are meant to make us laugh and are overall rather simple when compared to their prestige counterparts. Why, when there are serious, dramatic, and truly meaningful shows out there, do we fall back on sitcoms and reality TV? Because we’re looking for comfort- whether that’s through the latest Real Housewives season, watching people bake in the Great British Bake Off, or rewatching your favorite show from the early 2000s, Avatar: The Last Airbender.

We engage in different modes of television viewing and sometimes we don’t like to pay attention to every little detail. As mentioned earlier, TV is sometimes used by people as an escape from their busy lives. After a long day of work, many of us would rather come home and watch a show that will make us laugh and feel good rather than one that will leave us on the edge of our seats. These lighter shows, usually 90s sitcoms or short comedies, don’t force the viewer to be aware of every detail going on. When watching prestige TV, if the viewer misses one tiny detail they may be left confused. Most of us after working all day don’t want to come home and watch a show that’s going to make us think too hard or take all of our attention away.

With our busy lifestyles nowadays, streaming platforms have become popular and allow us to watch our favorite shows whenever we want, and for as long as we want. Binge watching is the newest result of this, and it’s much easier to binge watch a bunch of 25 minute episodes of comfort TV than watching 45 minute to hour-long episodes of prestige television. Sometimes we like to use comfort television as background noise while we’re busy doing other things too, which would probably never be done with detail-oriented prestige TV.

“Mostly, what we want humming away is something pleasant and recognisable that won’t disturb us too much as we tweet, defrost, respond to WhatsApp threads, compare car insurance quotes and whatever else as we “double-screen” our laptops and our phones.”

Another reason we pick these lighter shows is because they literally provide us comfort as the categorical name suggests. More often than not these are shows we’ve already seen, and already know the outcomes of each episode. Today’s world, as we are all living through a global pandemic and an experience unlike any before, can be a bit unsettling and very stressful, and by watching TV shows that provide us comfort and a sense of familiarity we can feel more at ease during these difficult times. Who wants to feel more stressed out from something that’s supposed to be entertainment? Sometimes, this is the result of prestige television, and why so many stick to what they know and love. For me, this means all the reality TV I can find- personal favorites include anything on Bravo (Southern Charm, The Real Housewives, Below Deck, etc.). I also tend to stick to some of my original favorites, like Friends or That 70s Show– especially in the mornings when I’m just waking up, scrolling through my phone and having my morning cup of joe. I throw these shows on as background noise during my morning routine, when I’m not ready or awake enough to really pay attention to what’s on the screen in front of me. Everyone has their own form of comfort TV, consisting of our fallback-favorites and shows that make us feel relaxed and comfortable.