Film Review: “No Time To Die” 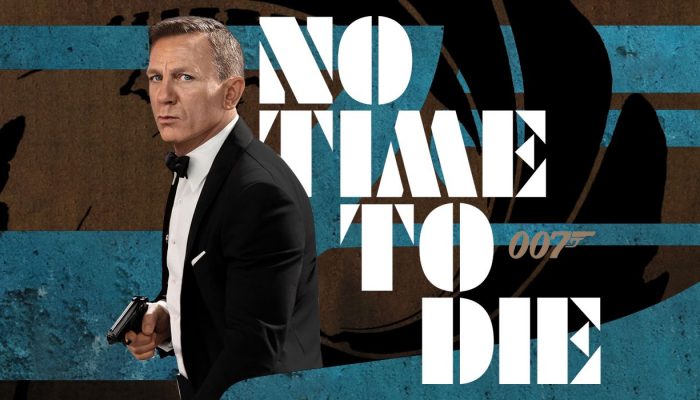 I’ve lost track of how many James Bond movies there have been, but I do know that No Time To Die is the fifth and Final Bond film to star Daniel Craig as the titular super spy, and it delivers on its promises of thrilling action and worthy send off for its lead. Craig is once again terrific, and he provides the heart beat of what turns out to be a surprisingly heartfelt and emotional film.

It’s a Bond movie; Let’s talk about the action. The action is fantastic, it carries over the patented choppy and brutal fighting style of Craig’s Bond and combines it with stunning stunts and cinematography to make for some terrifically thrilling action sequences. A fight scene in a foggy forest is very nice on the eyes and another sequence towards the end of the film that takes place in a stairwell and is all one shot is particularly exhilarating and is very well done from a production standpoint. The film also carries its usual cast of Bond side characters and they are all good in their own respective ways, and Madeline Swan, who you might remember from Spectre, is particularly compelling.

The film’s only real shortcoming is its villain. Rami Malek is fine in the role, but the character is not developed and doesn’t have a whole lot going on that makes him unique from previous, cat stroking, Bond antagonists. The film is also a tad too long, it clocks in at almost 2 hours and 45 minutes, there is a lot of plot to get through, and I’m glad they let the action sequences breath, but just a little too long.

I’m not going to spoil the ending, but I love the way the Craig era ended. He has been a very good James Bond, and he is the only one that I’ve seen in a theater, and I can confidently call him my favorite. The finale of this film is really well executed, in all aspects, writing specifically. They really took their time to make sure they hit all the marks in terms of doing justice to the character and making sure that the finale was as emotional as they wanted it to be. The film really excels in it’s last 30 minutes.

I will also say this. There was something very surreal about seeing this movie. I remember seeing the trailer for this movie in March of 2020, it’s been about a year and a half. I remember checking and seeing the release get pushed back and back and back, and I almost gave up on it, so finally seeing this movie felt so strange. Additionally, COVID has affected the theater industry especially hard and I was legitimately scared for a while that this might start the end of theaters, which is a credible thing to be afraid of. But watching a James Bond movie, in a freaking theater, really restored my faith that theaters are sticking around, and that combined with the emotional nature of the ending of the film, really affected me in a way I was not expecting.

No Time To Die may not have the complexity or all around quality of Casino Royale or Skyfall, but it is certainly in the upper half of the Bond film hierarchy. It uses stunning action and the charisma of its lead to be entertaining for almost it’s whole elongated runtime, and delivers a heartfelt finale, that is a worthy send off for Danial Craig who has cemented himself as one of, if not the best James Bond.

Final Score for: No Time To Die