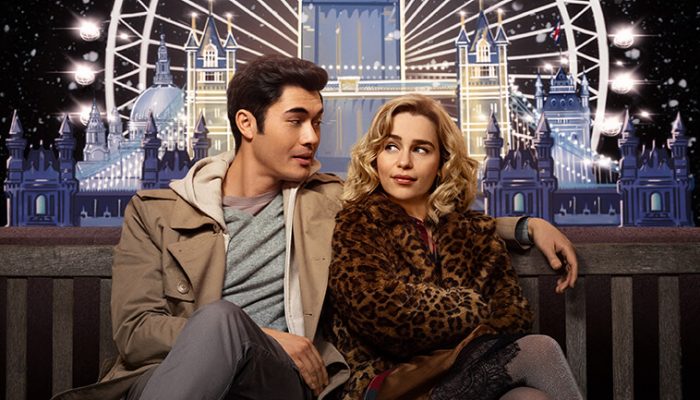 The film “Last Christmas,” directed by Paul Feig, tells the story of a young woman who finds herself a true Christmas miracle. After struggling with a health issue last Christmas, the main character, Kate, realizes that her life will never be the same and that she no longer feels alive. Although she was working as an elf in her local year-round Christmas shop, she was certainly no “Buddy the Elf.” As the holiday season rolled around, she struggled more and more to find herself, and she began caring less and less about her job and about taking care of herself. It wasn’t until Tom, who seemed a little too good to be true, came around and put the life back in her.

This film allows itself to have many strong underlying messages that vary from the topic of difficult family dynamics to the importance of one’s physical and mental health and love. We are clearly able to see Kate’s struggle with herself throughout much of the movie, and a lot of it stems from problems with her family. Her family has been a catalyst in her self-destructive behaviors as she doesn’t like being looked at as the ‘sick one.’ This illness not only takes a toll on her physically, but mentally as well. Mental health is very important to talk about today, and this film shows how she struggles with self-loathing and depression, and how she’s only learned to push these feelings aside. However, once she found Tom, she begins learning how to cope with her emotions and she learns how to gradually heal her heart to the point where it feels whole again.

This film was released on November 8, and grossed $4.1 million in just the first day. After a little over two weeks it had grossed around $55 million worldwide. The romantic and unique plot, unlike other movies at this time, shows off the chemistry the main characters have with each other. While it may not be the next greatest Christmas movie, “Last Christmas” tells a beautiful story that’s intertwined with heart, humor, and mystery. Especially at a time of year when we’re constantly being reminded about the importance of family, this film reminds us to appreciate our flaws that make us all different, and human.

This heartfelt holiday rom-com is the perfect mixture of sappy yet happy. Although some may say otherwise, “Last Christmas” isn’t your typical holiday movie. It brings to light a story unlike any other I have seen of its kind. Not everyone is perfect, and this film allows people to see just what it’s like to be human. I would definitely recommend watching it if you’re interested in a holiday rom-com like no other. Not to mention, this is the perfect time of year to fill your heart with a little Christmas-time happiness, so head to your local cinema to catch the next showing of “Last Christmas.” I can assure you that you won’t be disappointed.