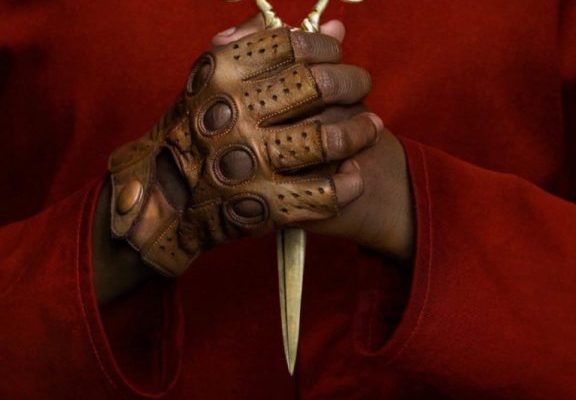 After releasing “Get Out” in 2017 and achieving extraordinary success as well as an Oscar for his directorial debut, the expectations were set high for Peele in his follow up production of “Us” (2019).

Similar to “Get Out,” Peele chose to fill leading roles with black actors to strengthen minority representation within the film industry. The film follows the narrative of Adelaide Wilson and her family as they return to her childhood summer vacation home in Santa Cruz, California. The audience learns from the opening sequence that Adelaide, played astoundingly by Lupita Nyong’o, experienced a traumatic event as a child on the Santa Cruz boardwalk and expresses to her husband Gabe, the comic relief character played by Winston Duke, her growing concern of something bad happening. Adelaide’s fears become a reality when four strangers dressed in red and flaunting scissors appear in the family’s driveway one night. After infiltrating the home, the Wilson family is stunned to discover the intruders are identical to each of their appearances. The film then follows the Wilson family’s fight for survival and the battle against their doppelgängers’ evil intentions.

Jordan Peele had a lot on the line with “Us” after the box-office-smashing success of “Get Out.”  He had to prove his place in Hollywood and debunk critics who feared he would be a one hit wonder. With expectations set high, the film received an extremely wide range of reviews. Chief film critic for the New York Times, Manohla Dargis, praises Peele for the “…master class of precision-timed scares filled with light shivers and deeper, reverberant frights.” However, the Senior Film Critic from Vulture David Edelstein claims Peele’s film is “clunk and repetitive, falling short of expectations.

As a film student, I believe “Us” ranks equally with “Get Out” in terms of cinematography and content. Jordan Peele brilliantly crafted layer upon layer of symbols and metaphors that are just waiting to be discovered. Granted, “Us” does not convey the straightforward central concern that “Get Out” does. “Us” takes a much more metaphysical approach to ultimately deliver multiple striking messages while Peele  also proves his place in the film industry by showcasing his directing ability to create an overlap of emotions within the viewer.

Just from the first sequence alone, Peele conveys an eerie and looming scene as young, wide-eyed Adelaide navigates her way through a brightly lit stimulating carnival setting. The camera closely follows her and remains at level with her height which creates a sense of looming and anticipation. Occasionally the camera portrays the scene from Adelaide’s POV, which depicts her parents awkwardly standing a calculated distance apart. These aspects of the sequence emphasizes the unsettling concept of mise-en-scene by evoking a growing sense of anticipation within the viewer causing them to shift to the edge of their seats in the first five minutes of the film. The youthful Adelaide with a strangely unblemished candy apple in hand, wanders into the entrance of a fun house brightly illuminated with the phrase ‘Find Yourself.’ Mirror images surround her and it becomes confusing to the viewer to decipher who the real Adelaide is. The carnival exposition emphasizes an incoming danger as well as the main intention of carnival is to lure people in and essentially steal from them. In other words, you don’t leave with what you came in with. The lights go out, and as you can assume, something bad happens…

Following the incident, the narrative jumps ahead to show the adult Adelaide and her family on the way to Santa Cruz. The first shot following the title is from a bird’s eye view and continues to further enhance a feeling of eeriness as the sequence depicts the vast landscape as the little car navigates its way through looming trees while the Wilson’s travel to the vacation home. Does this sound familiar? This opening scene mirrors the iconic opening from Stanley Kubrik’s, “The Shining”: The story of yet another haunted family. A subtle yet clever tip of the cap from Peele to Kubrick. In just the first sequence alone, it is very evident Peel knows what he’s doing.

“Us” is a film of many unanswered questions. The central question that drives the plot:  Who are they? They’re dressed in red, but whenever a Wilson kills one of them, their clothing becomes red with their blood. Peele may be implying that “they” are actually a universal form of “us”. Or are they the representation of the forgotten lower class of America? They are not acknowledged by the society above them which could justify their intent to reenact the failed unifying act of Hands Across America, and expose a social commentary on what it means to be the “united” States. They also mimic those above them for reasons they do not know why, which reveals why all the tethered people simulated being at a carnival in one of the last scenes of the film. Threads of theories are weaved throughout the entire film, and it takes multiple viewings to unravel the mesh of layers that Peele created.

“Us” does not just convey a single message: It is a reflection and commentary on the political context of the U.S, a philosophical interpretation about the evil that lives within ourselves, it all comes down to who the viewer decides is “us.”