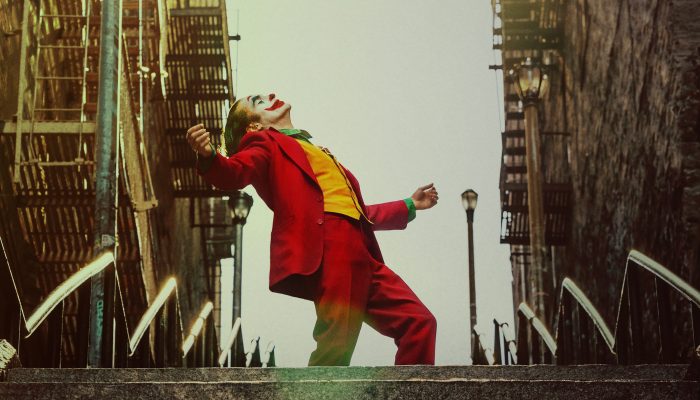 The film “Joker,” directed by Todd Phillips, brings the history of one of the most infamous villains in film history, Arthur Fleck, played by Joaquin Phoenix, into life. The film brings the audience into deeper levels of the Joker character that have never been seen on the big screen before. The well-known nemesis is portrayed as a man who aspires to be a stand up comedian, but suffers from a series of mental illnesses. Arthur deals with a case of uncontrollable laughter, which leads him on a spiraling downfall where infamous “Joker” persona comes to be.

The film opens up like a book about the struggles of Arthur Fleck. I can clearly see the aspects of poverty and health issues through the lenses of his eyes. It is adquently done with the audience interpreting the awful shape of his home, workplace, and his interaction with his social worker. The amount of laughter throughout the film leaves an uneasy and uncomfortable feeling in my stomach. I can say the Phoenix and Phillips paired up nicely to achieve this chilling effect. Although Phoenix’s performance as the Joker certainly comes closer Heath Ledger’s version more than any other actor, I’m not sure he compares to Ledger’s iconic performance. The ground-breaking film has definitely captured the dark entity of the Joker and his disturbing history of it all.

The film was released on October 4, and made $96 million in its opening weekend, breaking the record for biggest October opening of all time. I can understand why this movie has already become such a smash hit in the film history. With its phenomenal cinematography, acting, and writing, I was surprised to find myself enjoying this movie, as I am not someone whose very fond of most “Superhero flicks.” Instead, this motion picture leans into the psychological side more than your typical hero blockbuster. It focuses on how Arthur Fleck deals being mistreated in society and how he slowly collapses under the pressure. Phoenix, without delay, takes the role of Joker into heart and soul and transforms this character into its full potential.

The verisimilitude, ferocity, performance, and cinematography is the perfect mixture to it all. “Joker” is not your typical fluffy popcorn film and I definitely would recommend watching it. If you’re interested in the history of this infamous villain and seeing the psychological side of it all, you won’t be left disappointed with a trip to your local cinema to see “Joker.”