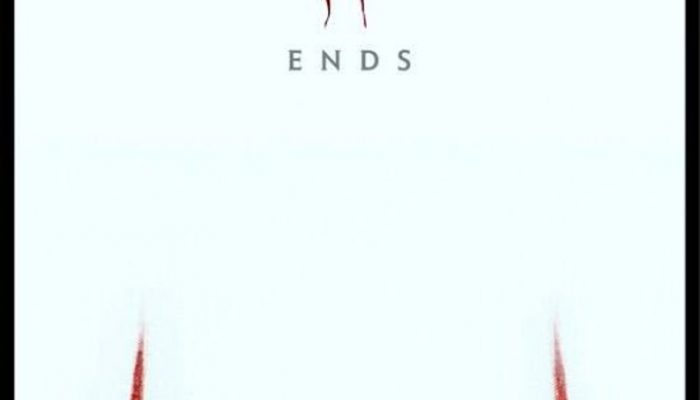 “It: Chapter Two,” directed by Andy Muschietti, is the highly anticipated follow-up to the 2017 iteration of Stephen King’s revered horror story of the same name: “It.” The film reintroduces us to the members of the Losers’ Club from the first film, though this time as fully-grown adults. Each character’s world comes to a grinding halt after discovering a terrible truth. It (Bill Skarsgard), otherwise known as Pennywise the Dancing Clown, has reawakened from a 27-year slumber. Mike Hanlon (Isaiah Mustafa) tasks himself with organizing a much-dreaded reunion with his old childhood friends: Beverly Marsh (Jessica Chastain), Bill Denbrough (James McAvoy), Richie Tozier (Bill Hader), Ben Hanscom (Jay Ryan), Eddie Kaspbrak (James Ransone), and Stanley Uris (Andy Bean). The group leaves each of their lives behind to return to the small town of Derry, Maine. There, they must adhere to the blood oath they made as children: destroy It once and for all in the event of a return.

The sequel has been out for three weeks, and I finally got the chance to see it for myself. Moviegoers everywhere were anxious to see if this picture could hold a candle to the original flick, also directed by Muschietti. The first movie got met with considerably positive reception, and it was well-deserved. Many, including myself, regard it as a faithful adaptation of the book with strong characters, a gripping story, solid writing, and exceptional scares attributed to Skarsgard’s terrifying performance as Pennywise. One thing I can say for sure is that both parts are leaps and bounds better than the 1990 miniseries with Tim Curry. Anyone who viewed that series, however, would know that that’s an easy feat to reach. Regardless, does this second installment do a sound job of adapting the classic 1986 Stephen King novel to the big screen? Is it good enough to stand with or even surpass it’s 2017 predecessor? It’s time to stop clowning around and find out.

Right off the bat, Bill Skarsgard steals the show as the demonic clown antagonist. If one were to watch this movie solely to see Pennywise doing what he does best, they would be far from disappointed. The amount of creative scares in this picture equates to the number of clowns that can fit inside a tiny car. The film has its fair share of genuinely creepy moments, such as the scenes with the older woman, the room of mirrors, and others that I won’t spoil. However, these segments are only the icing on the cake. The main area in which the movie shines comes in the form of the cast for the Losers’ Club. Everyone and I mean everyone did a fantastic job with their roles as the older versions of these characters. The adult actors, down to their faces and mannerisms, are spot on to what I’d envision their childhood counterparts to grow up as. It’s so uncanny that it’s as if the filmmakers went in a time machine and got the older versions of the child actors; that’s how phenomenal they were. The chemistry that everyone had with one another was magical, with Richie and Eddie’s hilarious back-and-forth bantering and the love triangle between Beverly, Bill, and Ben. Even Mike, who didn’t have a lot of development in the first movie, becomes much more fleshed out as a character, which I greatly appreciated. In spite of all these positives, however, there are a decent number of missteps as well.

The most noticeable aspect of the movie is its length (two hours and fifty minutes). The pacing doesn’t feel as smooth as it did in the first film. Many scenes could have been removed for the sake of runtime. There were points where the movie was dragging so badly that I caught myself looking at my watch to see how much time had passed. I feel this unevenness is thanks to the repetitive four-step formula the film devolves into using in place of a narrative during the second act. 1.) Character visits an area they remember from their childhood. 2.) They have a flashback as a badly digitally de-aged child where Pennywise shows up and torments them. 3.) We cut back to the present where the same character is in the same location as an adult, and Pennywise, once again, appears and scares the living crap out of them. 4.) Pennywise doesn’t kill the character because they’re wearing magic plot armor. This routine, while welcome at first, is repeated over and over to the point where it starts getting tedious. It’s almost frustrating watching Pennywise never kill any main character. I understand it’s a movie and they didn’t do that for obvious reasons, but in terms of story, why is Pennywise messing around and not eating any of these people? In the book, we learn that he enjoys making his victims fear him, as it’s like salting meat, but that excuse can only take you so far. Moreover, as good as the adult actors are, the film falls in the same trap the 1990 miniseries did in that the kids were slightly more entertaining to watch. I suppose something about watching a child react to a creepy killer clown is more thrilling than seeing the same thing with a grown adult, but I digress.

Overall, “It: Chapter Two,” while respectful of the source material of the original Stephen King story, is not as good as “It” (2017). The film has numerous difficulties in terms of story and pacing. Nonetheless, an excellent cast and some scary imaginative moments are what keep it from being a total misfire. Therefore, I’d say it’s worth checking out at least once. I give “It: Chapter Two,” a 6/10.