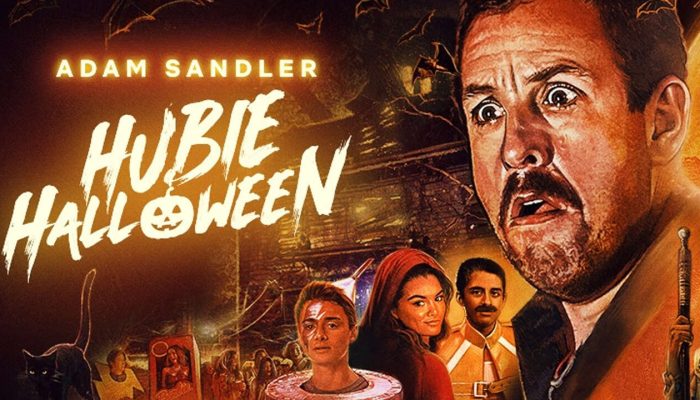 With Halloween less than a week away we, as usual, get a number of Halloween themed movies. While we won’t be enjoying any of these films in the theater, the small screen is still rife with opportunities to fulfill our holiday necessity. Netflix is leading the charge among streaming services and their main Halloween release, “Hubie Halloween,” may not be a typical Halloween flick, but it is most certainly a typical Adam Sandler movie.

Sandler wrote and stars in this surprisingly chipper Halloween comedy that follows Sandler’s character, a grown man who has dedicated his Halloween night to keeping the people of Salem, Massachusetts, safe on the night of ghouls and goblins. While he is usually the target of ridicule and pranks among the townspeople, he discovers that his help is necessary when comically sinister things threaten to ruin Halloween Night. “Hubie Halloween” carries a star studded cast of Adam Sandler, Kevin James, Julia Brown, Ray Liotta, Steve Buscemi, and a number of cameo-like appearances from celebrities like Maya Rudolph, Ben Stiller, Kenan Thompson, and Shaquille O’Neal.

Let’s be honest here, this movie is pretty OK. It’s an Adam Sandler movie, what do you expect? We aren’t winning any awards and we aren’t sparking any philosophical debates. What we are getting is some pretty decent laughs. “Hubie Halloween” is decently written; it has some good characters, a good theme, and some better dialogue than most of Sandlers other movies. This movies main strength is the way it capitalizes on its cast and its audiances knowledge of those cast members. A lot of the jokes and risks that this movie takes end up working out because we already know the actors. Sandler’s character has a pretty ridiculous accent that I would have dismissed if it wasn’t being delivered by Sandler. Another joke centers around the audio dubbed voice of Shaquille O’Neal, which is only funny because it’s Shaq, not some random guy.

That was very much the aura of the whole movie, everybody knows it’s bad and that’s why it is funny. I can attest to this because over the summer of 2019, as part of a media and film program at Boston University, I had the privilege of visiting the set of “Hubie Halloween,” meeting some of the films cast, including Sandler and Buscemi, and watching them shoot some scenes. It was very clear from watching everybody work, Sandler specifically, that they knew full and well that this movie wasn’t a masterpiece, they were just having fun, which is a nice change of pace considering our current times.

In summation, I found this movie fairly enjoyable. This is in part because I have a special connection to it, so I might like it more than most, but it is also partially because It has some good laughs. So, regardless of how mediocre my final score for this movie is, I would still recommend giving it a watch.