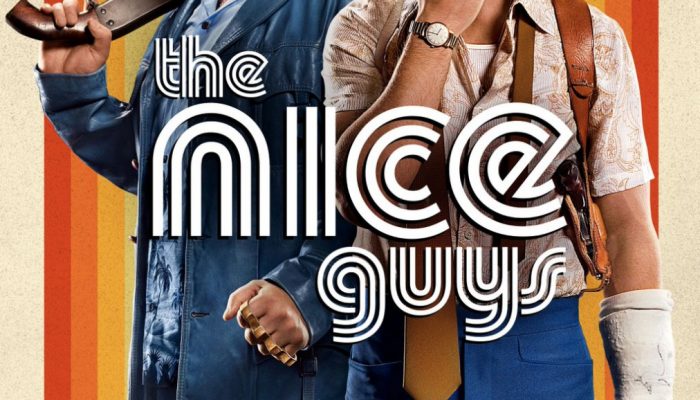 Perhaps you’ve seen the movie poster for “The Nice Guys,” but for those of you who haven’t, seeing Ryan Gosling with a mustache and Russell Crowe with a deadpan expression and sunglasses might give you the idea that this movie is a throwaway slapstick comedy and not much else. The film, unfortunately, slipped under the radar of the general public due to this misconception.

“The Nice Guys” (2016), directed by Shane Black, while a comedy, is something much more than that. The film focuses on two private investigators, Jackson Healy and Holland March, looking into the death of an “adult movie” star. While following the clues that they can, with Jackson Healy using his skill and experience, the human disaster Holland March simply trying his best, and some help from Holland’s hilarious daughter Holly, they uncover something a lot deeper than an isolated murder.

The film is set in 1970s Los Angeles, and the vibes alone are great. The music is groovy, and there are a great deal of Earth, Wind, and Fire songs, which I greatly appreciated. There’s all the staples of a movie set in California, including shots of the Hollywood sign, neon lights, and a lot of hills. What sets this movie apart from the genre that it falls into is Shane Black’s writing. Black has written and directed films of similar caliber, like “Kiss Kiss Bang Bang,” but the film under his belt that gives him the most recognition is “Iron Man 3.” There is no proper way for me to describe his writing, so I might as well just list off a few of my favorite quotes from “The Nice Guys”:

“‘You know, the thing about keeping your mouth closed is it prevents you from speaking.’”

“Sometimes I feel okay about things. Not often.”

This is just a taste of the level of comedy in “The Nice Guys.” I don’t think anyone has ever truly laughed until hearing Ryan Gosling’s high pitched screaming, which is in a lot of the film. The jokes are piled on so well that you’ll notice and appreciate different jokes with each watch. I’ve watched this movie a great deal of times and I know there are still moments that I have yet to pick up on.

For comparison, “The Nice Guys” is like if you took the comedy of “Deadpool” and plopped it into the setting of “Once Upon a Time in Hollywood.” I rate this movie 4 ½ stars, with my only grievances being that the movie’s pacing varies a bit too much, and that it should be a TV show with 8 seasons.

This isn’t a movie to watch with the family, unless they’re cool with…a lot of things. (Those things being drugs and nudity.) If you’re looking for a good time, great acting, a lot of laughs, or are just in a Ryan Gosling mood, “The Nice Guys” is the best thing for you.

Final score for “The Nice Guys”