Effects of Travel Ban on the Merrimack College Community 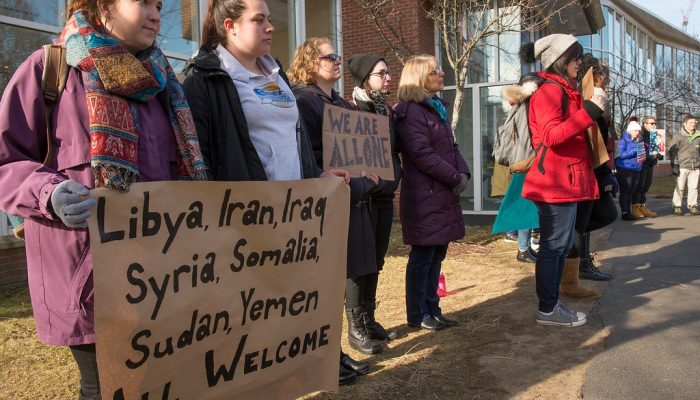 President Donald Trump’s recent executive order for an immigration ban could affect the Merrimack College community in more ways than one.

Last month, Trump issued an executive order banning immigration from seven countries including Iraq, Syria Sudan, Somalia, Iran, Libya and Yemen. The U.S. Court of Appeals has put a freeze on the ban, while the Trump administration weighs whether to appeal the freeze of issue a new order.

As Merrimack strives to maintain its respect and welcome of diversity, President Hopey released a public statement addressing the issue. “We have reached out to the small number of Merrimack faculty members and students who are directly affected by the federal immigration decision, offering the love and support we believe characterize this community.”

The college aims to push through adverse situations as a community, expressing that there are supportive resources available for both students and professors who are affected.

“I have to say that the support I received from Merrimack family is overwhelming and says a lot about our community,” said one professor who could be affected, but opted to not speak further on the matter.

It is not clear how exactly the college is working with faculty and students, but it is clear that those affected feel very supported. At this point it is also not clear how the executive order will play out. There has been recent talk that the executive order has been suspended by a federal judge, but also that President Trump is working diligently to have it reinstated.

Waiting to see how everything falls into place seems to be the only option for the Merrimack community at this point. However, the community can be sure that regardless of what happens, they will be supported with the utmost love and care from the college itself.