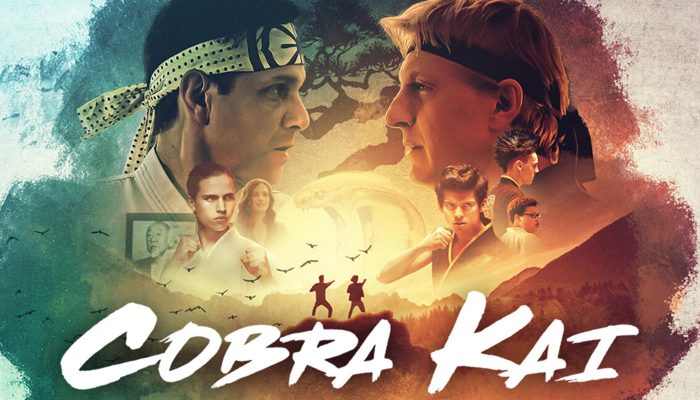 Nostalgia speaks to everyone. Allowing the viewers to go back in time to where they were kids or during a happy time in their lives is what nostalgia is for. After all, we are just days removed from the worldwide release of Godzilla vs. Kong, furthering the idea that nostalgia sells. And it’s not only the movie side, as you can look directly at Cobra Kai for a television show fully embracing the nostalgia of The Karate Kid films from the 1980s and look at something with massive nostalgia that works. Other nostalgic television examples are Paramount+’s twist on kid shows like iCarly and the Rugrats, the return of Roseanne (now The Conners), and, really, everything you see in Stranger Things.

“Nostalgia is the warm, fuzzy emotion that we feel when we think about fond memories from our past,” Dr. Erica Hepper stated in an interview with the Huffington Post. “It often feels bittersweet — mostly happy and comforting, but with a tinge of sadness that whatever we’re remembering is lost in some way.”

But not all nostalgia is made the same, unfortunately. As I stated the return of Roseanne and how much of a hit it was when it did return to TV, that resulted in being more of a problem than a nostalgic time machine. Roseanne Barr said many controversial things that would result in her being removed from the show, resulting in the rebranding of The Conners name. And then there are shows like the reboots of MacGyver and Knight Rider that came crashing down and showed that it can be a brutal case at times.

Tim Grierson, a writer for the MEL Magazine, saw something in WandaVision that many fans didn’t — lazy nostalgia, which happens with many of these many failed television reboots for the nostalgia effect.

“It’s a little rich for Marvel to poke fun at dusty pop culture: Its entire business model is based on repackaging and recycling a collection of popular characters who have been ingrained in our society for generations,” Grierson wrote. “What’s old is new again in WandaVision, which in more ways than one plays into a lazy nostalgia for a faraway time that seems less complicated than the one we’re living in now.”

While I don’t necessarily agree with Grierson on WandaVision being a show with lazy nostalgia, he makes a point that a lot of television writers should take notice of. It isn’t always a hit with people but at times a detriment. It can feel forceful to viewers and if executed poorly, can ruin the memories of someone rather than bring them back. That’s the price writers pay. Nostalgia is the theme of television and film in 2021 and for every Cobra Kai that hits as it does, there are even more in failed reboots of shows and movies like Lethal Weapon and Charlie’s Angels that remind you that not everything should be brought back for nostalgia. Charlie’s Angels is an ideal show to look at when it comes to overuse and pandering, as there have been multiple shows and movies rebuilt of the original and almost always have failed in the end. It’s almost as though someone thinks they can reboot it correctly, despite the continuous failure. Another show that mirrors this, funny enough, is Power Rangers. For many in the 90s, this was a show that as a kid you latched onto because of the vibrant colors and the action involved. There have been 27 versions of that show, with the 28th on the way for Nickelodeon. It gets to one real extreme that writers try to pounce on far too much.

You read Cobra Kai and there’s a reason for that. This show is the definition of how nostalgia should be, whether it be television or moves. They have this special idea of combining the old that captured millions around the world in the Karate Kid trilogy while bringing on new ideas and characters that the viewer can grasp onto unlike nostalgia fails in year’s past. They embrace the kid-like atmosphere that was in the original while having those who were kids the first time around being grown and teaching the ways of those films.

Cobra Kai is a show that uses nostalgia in a way that works.  Whether it be Johnny Lawrence and Daniel LaRusso getting prepared to fight all these years later or the flashbacks to the teachings of Mr. Miyagi or even the stunning return of John Kreese, viewers get everything nostalgic about The Karate Kid while learning about the new characters who really make the show work.

It’s special in a sense because it can just feel like pandering to the audience, fan service, and wanting to get a viewership without a creative backing behind it. But to “pop a rating,” using nostalgia can be the way to go. Where Cobra Kai removes itself from the regular nostalgia that becomes overused and at times boring is that they mix in the new and old to create a show for young and older audiences to take in. The show has become a massive hit among families as parents are able to show their kids something that connects with their heart and childhood in a way that doesn’t lose the interest of the kids but shows them a new age of what made The Karate Kid so special in 1984. And really that is what TV writers are trying to do. Allow parents and the older generation to chase the life they once lived through Daniel LaRusso and Johnny Lawrence and giving the young generation characters like Miguel and Robbie to embrace what their parents once felt with this type of show.

Being able to bring old and young viewers together is the best way to get nostalgic television to work. Without the younger demographic, your show is almost always set to fail. Cobra Kai’s ability to engineer a whole new show with fresh characters while borrowing storylines and other characters from the 1980s hit film is what the standard for nostalgic television has now become. Cobra Kai is the bar for nostalgia in television.