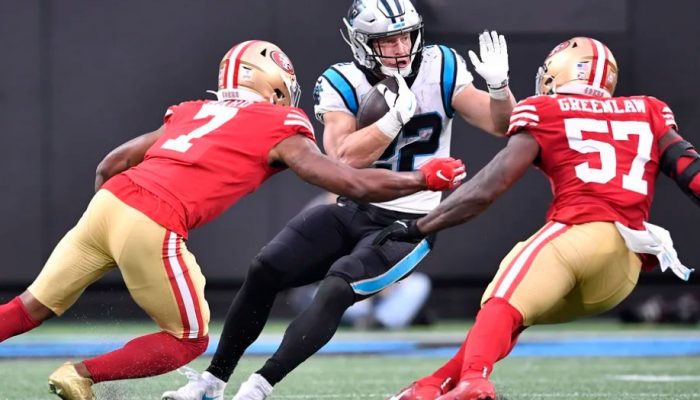 The fire sale in Carolina is well underway, as the Panthers have sent running back Christian McCaffrey to the San Francisco 49ers for draft capital, per Ian Rapoport.

Given the amount of draft capital given up, three picks in this draft, and another in next year’s draft, I’d assume the 49ers are taking on the entire contract. This trade really doesn’t make sense for San Francisco, the 49ers are the poster child of running backs do not matter. It’s always some undrafted or late-round pick rookie who shines in this offense. Giving up that much for a running back who has played 16 games since the start of the 2020 season.

The 49ers have to make a Super Bowl for this trade to make any sense.