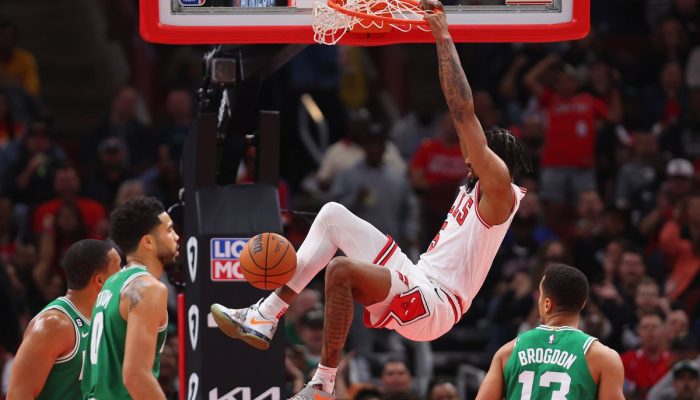 After all, it was eventually going to come, but I didn’t expect the Celtics to drop this game. The Celtics were handed their first loss of the season after being defeated 120-102 by the Chicago Bulls. This was a game the Celtics should have had and a prime example of what is going to kill them if they do not correct these mistakes immediately.

Starting with the top performers, Jayson Tatum had another good game with 26 points and 8 rebounds, but he was really the only player to have a big game. Jaylen Brown came in with 21 points, but it was bad efficiency as he took too many shots to get there. The Celtics were actually leading the Bulls in this one, but it all seemed to fall apart the further the game went on. The Celtics seemed sluggish on both ends of the floor towards the end of the game leading to the loss, but there are definitely still positives we can take from this. You can see in this game that the Celtics really spread out the player minutes and just about every guy on the roster got valuable playing time in this one. It’s great to see what other guys can do and this is a huge part of the regular season.

Now let’s get into the overall offense of the Boston Celtics in this game. The Celtics had their worst shooting performance of the season so far shooting 37% from three-point range and 37% from the field overall. With these shooting numbers, it makes it very hard to win a game in the NBA especially against a really good team in the Chicago Bulls. Boston also tallied another double-digit turnover night and that is the thing that killed them last year, and it will continue to kill them if it is not worked on immediately. Overall the offense struggled in Chicago and it was just a bad day.