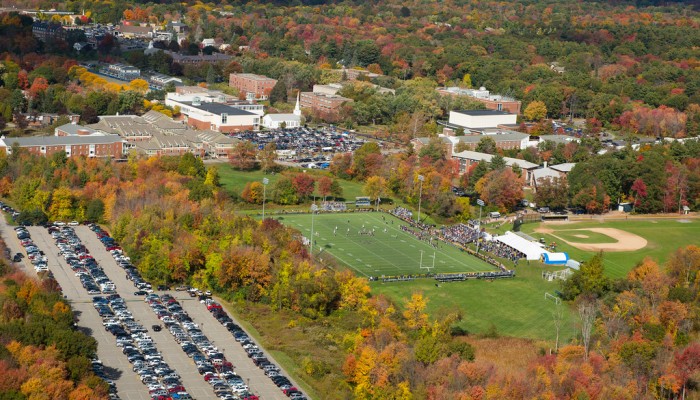 When the student parking lots were expanded about eight years ago, administration named them with letters J and K, planning for students to refer to them as such. What administration didn’t plan for, however, was the fact that students would come up with a nickname of their own: “rape lot.”

College Police Chief Michael DelGreco can assure the community that no events of this nature have ever taken place in the parking lot. The nickname took on a life of its own when the lot was expanded. He doesn’t see the need for this nickname — in fact, “lots J and K have more lighting than anywhere else on campus.”

However, Julia Saggese still feels left in the dark when walking.

“One of the lights in the front of the lot flickers, and turns off like clockwork when we walk under it,” she said.

According to DelGreco, the lots are relatively quiet areas, aside from occasional disturbances usually related to people drinking.  And while some students may believe strangers lurk in the lots, DelGreco says it’s simply not true.

“Andover and North Andover are not those kinds of places, and Merrimack certainly isn’t either,” DelGreco said.

Jim Chiavelli, associate vice president for communications, does not condone this nickname. To students who continue to use the nickname, he would like to stress that it takes away from the real seriousness of the crime and diminishes the real horror that many victims and their families experience.

“If the lots had recognizable names, then students wouldn’t feel the need to make up nicknames. Letters aren’t memorable enough,” she said. “I don’t even know Lot I from Lot K.”

When asked how he would prevent the name from being passed on to the class of 2020, Chiavelli agreed with Renzi. He also suggested that it be made part of first-year orientation, since many students don’t realize the harshness of the name.

Chiavelli and DelGreco correct students and families each time they hear the nickname, and hope that students will recognize the consequences of this nickname and do the same.

Freshman Erin Blomberg first heard of the nickname when she was on her first official visit for lacrosse. Since it was treated in such a nonchalant manner, Blomberg didn’t feel the need to think twice about it.

“In all honesty, I was confused and laughed when I first heard,” Blomberg said. “When I asked why they called it that, they just said it’s so far that it’s creepy.”

Though nothing like this has happened in the past, there are safety measures in place to prevent things like this from happening in the future. DelGreco advises students to, in any situation, be aware of your surroundings. Students can also carry pepper spray if needed, where allowed. He also hopes that more students will download the Rave Guardian app. Through this app, students can provide confidential tips and photos, as well as request emergency assistance. Students can even alert friends or family of their location and ETA; if the student is not back by a specified time, then another alert will be sent. The campus police station also offers an escort service for students who are walking from their car or academic buildings alone at night by calling extension 5555.