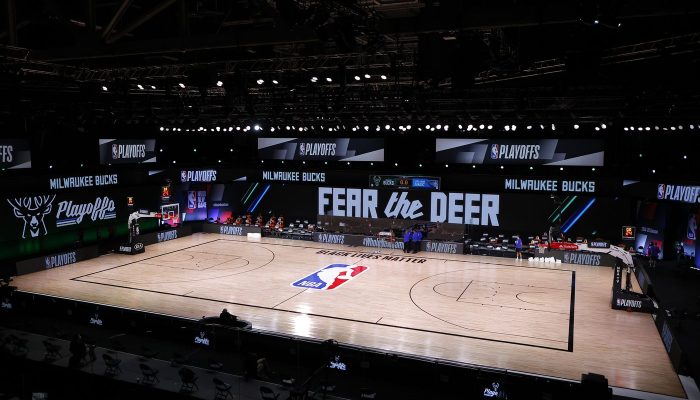 Last week, the Milwaukee Bucks decided to sit out of their playoff game against the Orlando Magic in response to the shooting of Jacob Blake in Kenosha, Wisconsin. Players from the Bucks refused to leave their locker room and it became clear that they had no intentions of playing. The Magic then returned to their locker room and left the arena empty. The NBA ultimately postponed the game.

The Bucks deciding to strike by not playing had far-reaching effects on the league. Following the postponement of the Bucks/Magic game, the NBA postponed a slate of games and did not return to action until three days later. And they weren’t the only league that had games postponed. Three other major sports leagues in America followed, including MLB, MLS, and the WNBA.

Part of the reason that the players, specifically from the Bucks, chose to strike stemmed from the initial concerns that some players around the league had before returning to the NBA bubble. In a time when professional athletes hold such esteem that they are asked for their opinions on things like political matters, players were concerned that starting back up play would distract the public from the main issues and the social movement. Others believed that starting back up play would result in the exact opposite, giving players the chance to spread social awareness, as shown by both coaches and players like Clippers’ coach Doc Rivers and Jazz guard Donovan Mitchell.

Following the Bucks game being postponed, there were also talks among players and teams across the league about whether or not to cancel the rest of the NBA season entirely. There were some players across the league that expressed the desire to leave the bubble and cancel the season because they believed that they had enough attention towards the issues with little action being taken afterward. The Bucks players delivered a statement following their game being postponed where they emphasized how, despite all the pleas for change, that there has not been much action and that they hold each other responsible and demand that lawmakers do the same. Overall, all of the major sports leagues that had strikes have resumed play, but the Bucks set a precedent and a statement with their initial decision to strike.