Bringing the Party to Your Phone: Lockdown Concert Recommendations 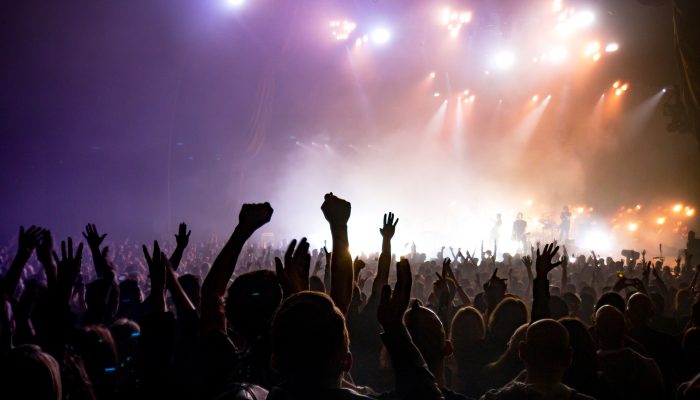 I’m sure at this rate we are all thrilled for concerts to be coming back. It’s been well over a year, and while it looks like the day they return is getting closer and closer, I’m sure that some of us are growing rather impatient. So, to scratch that itch, I have compiled a list of some online concert recommendations to tide you over until that day comes.

One World: Together at Home

This first entry is actually a playlist consisting of singular performances by over 70 different artists. One World: Together at Home was organized by Global Citizen of New York City and curated by singer Lady Gaga, in support of the World Health Organization. The television special was intended to promote the practice of social distancing while staying together during the COVID-19 pandemic. Artists include the likes of Stevie Wonder, Paul McCartney, Kesha, Lizzo, Taylor Swift, Elton John, and so many more. The event initially aired on television but was eventually curated into this Youtube playlist for all to enjoy. Each performer only plays one song so if you are looking for quick and diverse performances this playlist is the one to check out.

John Legend #Together at Home Concert

This performance was actually done for the same cause listed above but instead of being a single song aired on television, it’s a nearly hour-long performance done by John Legend on his Instagram. The setlist includes a mix of his biggest hits such as “All of Me” and “Conversations in the Dark” and some covers like Stevie Wonder’s “Love’s in Need of Love Today” and Simon and Garfunkel’s “Bridge Over Troubled Water.” Eventually, Legend’s family joins in on the concert with his wife Chrissy Teigen doing some occasional harmonizing with Legend. The whole performance has a very uplifting quality to it making it a perfect watch to just soak in some good vibes.

Psychedelic indie acts rarely reach a level of popularity like the kind Tame Impala has right now. This specific performance is in honor of the debut album of Tame Impala InnerSpeaker turning 10 years old. The album makes up the full setlist giving the entire performance a level of fluency between tracks. While Kevin Parker plays nearly every instrument on the album/all his albums when performing it live he has a touring band to accompany him. The sounds are bright and relaxing making the entire performance perfect for a summer’s day.

This entry focuses less on a specific recent concert and more on an entire playlist of older concerts. The Concert a Day was an initiative set up by the Pickathon Music Festival and consists of over 100 different concerts previously unreleased by the festival. Proceeds from all the videos were given to the MusiCares foundation found by the Recording Academy. The foundation is dedicated to giving musicians a place to turn in times of financial, personal, or medical crisis. Some personal highlight concerts include rapper Open Mike Eagle, popular alternative indie singer Jeff Tweedy (who’s most known as the frontman in the popular indie rock group Wilco), and legendary ‘80s/‘90s alternative rock group Dinosaur Jr.

clipping. Live for No Audience During a Pandemic:

If you’ve ever wanted to hear someone rapping over an alarm clock or the sound of rain with oncoming traffic then clipping. is the right group for you. The group consists of rapper Daveed Diggs (of Hamilton fame) and producers William Hutson and Jonathan Snipes (each known for working on various film scores). The group is known for its experimentation with harsh noise and abstract instrumentation. Their last two albums have been heavily influenced by the world of horror films which results in thrilling beats and intense stories painted within the lyrics. This performance was done earlier this year and helped raise about 10,000$ for Commonsense Childbirth, a charity set on providing maternal-child health care to mothers of all backgrounds. The setlist covers most of their albums making it a great entry point for any new listeners, so feel free to turn it up loud and experience the power of clipping.!