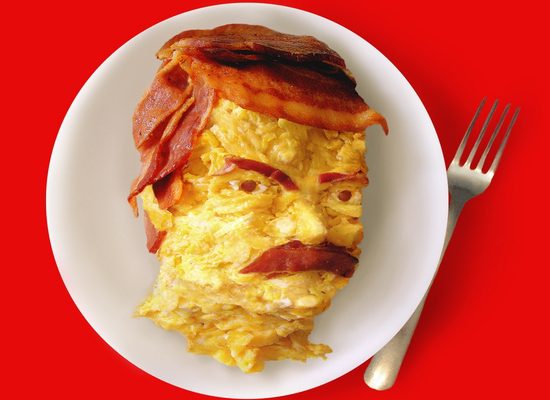 Ron Swanson ordering ALL of the bacon and eggs you have on Parks and Rec.

Homer Simpson making a bacon bouquet on The Simpsons.

Walter White celebrating his birthday with bacon in the shape of his age on Breaking Bad.

Agent Cooper saying, “ I’d like two eggs, over hard, don’t tell me, I know it’s hard on the arteries but old habits die hard, just about as hard as I like those eggs… bacon, super crispy, almost burned, cremate it,” on Twin Peaks.

This one is from a film, but since Pee Wee had a TV show, we’re going to count “Good Morning, Mr. Breakfast!” from Pee-Wee’s Big Adventure.

Kevin Bacon in the lead role of the 2013-2015 television series The Following.