Home > News > Entertainment > Back to the Theater: The TENET Experience

Back to the Theater: The TENET Experience 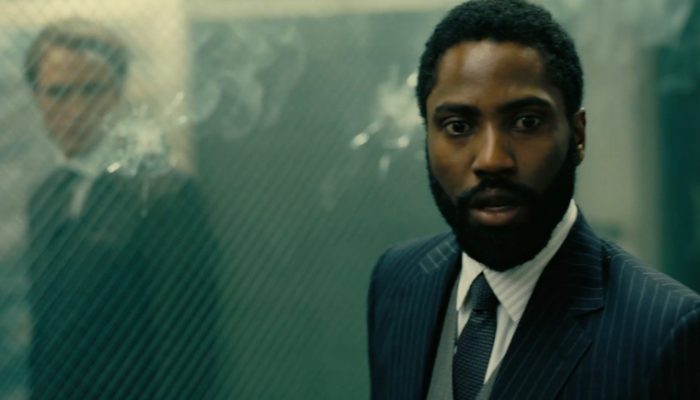 I didn’t realize how much I missed the movie theater – the comfy leather seats, the stale smell of buttered popcorn, the lights dimming as the feature presentation flashes across the big screen, a room full of strangers sharing the same thrilling experience.

With everything in our lives this year, the movie theater experience is quite different to say the least. However, after my first visit in over half a year, I am pleased to report that local movie theaters are doing a great job helping moviegoers feel safe.

Purchasing tickets was far less of a hassle than I expected. Once you buy your tickets (I recommend using AMC’s smartphone app) two seats on either side of your party are automatically reserved to mandate social distancing within the theater.

Masks are required at all times, unless you are eating a snack, which wasn’t a problem because the concession stand was closed. Yep—no snacks, no candy, no popcorn or cherry ICEE. With that, no stale smell of popcorn permeating throughout the building (some may rejoice at this news while others, like me, will miss the fresh movie theater popcorn drowned in butter.)

The theater was very sanitized and was free of trash and food remnants around the seats. If you wanted to, you could bring your own sanitizing wipes, as I did, but the theater felt clean enough for those to be unnecessary.

Overall, AMC Theaters did their very best to make the audience feel comfortable and safe while enjoying a blockbuster on the big screen. They firmly followed social distancing, disinfecting and mask rules that are put in place by the state.

Nevertheless I want to reiterate that I made the active choice to go to the movies, and anyone considering going back should only do so if they feel comfortable.

But, I’m glad I did, because a movie as huge as Tenet could not be enjoyed as wholly if not seen on the big screen.

Tenet, which came out in select theaters across the country on September 3rd, is Christopher Nolan’s latest blockbuster, following epics such as Inception, Interstellar, Dunkirk, and The Dark Knight trilogy.

Nolan’s latest, which is most comparable to the mind-bending Inception, is a beautiful work of cinematography and editing that’s faulted with an overly-puzzling storyline.

This espionage thriller is about a secret agent played by John David Washington (BlacKKKlansman), who is promoted to the mission of his lifetime: stopping World War III.

The catch? World War III hasn’t happened yet, and “the Protagonist” as Washington’s character is called, is in for a time-bending journey as he pursues Russian genius and arms dealer Andrei Sator (Kenneth Branagh) who plans to unleash armageddon. Alongside the Protagonist are his agent partner, Neil (Robert Patinson), and Sator’s emotionally abused wife, Kat (Elizabeth Deicki) among others.

In typical Christopher Nolan fashion, Tenet is an incredible cinematographic achievement: the shot composition, set pieces, sound and visual effects are magnificent. The fight scenes and action sequences are particularly thrilling, namely one where the Protagonist fights a fellow agent who is moving in reverse time (you need to see it to believe it). From the opening scene to the final shot, Tenet is a complete and captivating visual adrenaline rush that sweeps you forwards, backwards, and sometimes sideways through time.

However, the film’s main pitfall is the confusing nature of it’s story. Incredibly complex to begin with, the time warping ideas at the core of Tenet are often difficult to understand, even when paying close attention.

What makes this even more difficult is that when anything about the time reversal techniques are explained, it is either behind the film’s incredibly loud score, or in quick, accented dialogue. More often than not, I found myself puzzled, asking myself “Wait, what did he just say?” If you thought Inception was confusing, you’re in for a headache. Where Tenet excelled in the technical aspects of filmmaking, the storyline, while ambitious, was too convoluted to be fully enjoyable.

The interesting thing about Tenet is that it is the blockbuster tasked with the heavy burden of jumpstarting the box office after over five months of a global shutdown. This seems to be working out well for the film, which is projected to make close to $150 million worldwide this week (it made $20.2 million in America over Labor Day weekend, according to Forbes).

This makes sense: the mere name Christopher Nolan draws crowds to theaters, not to mention the stellar cast, incredible cinematography and thrilling action that the trailers promised. But, after leaving the theater, I wondered if a movie this convoluted should really be the one to get people back into theaters (I personally felt that Disney’s live action remake of Mulan would have fared well in theaters, but the company released the film on Disney+ on September 3).

Either way, Tenet is what we have, and if there is any film designed to be experienced on the big screen, it’s this one. Even with the weakness of a confusing storyline, the film’s cinematography and stunning action sequences make the experience worthwhile. While I may need to see Tenet again to fully comprehend the ending, others may get it the first time around. Just see this movie in a theater, if you can. And don’t forget your mask.