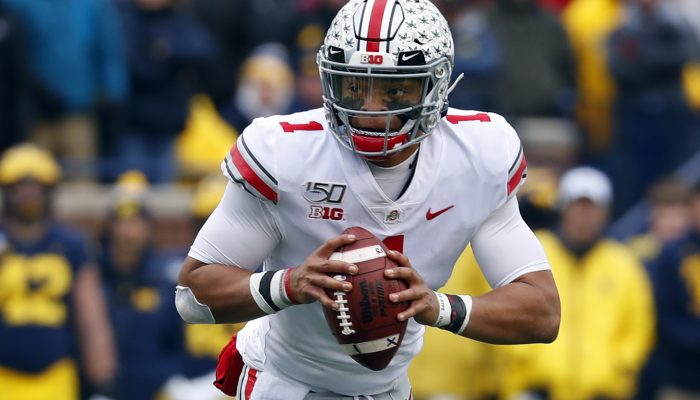 Fans around New England are awaiting what the true future of the Patriots will look like. They went 7-9 in the 2020 season — the first year without Tom Brady — and it felt as though the world was ending. This is understandable considering the success that lasted nearly forever under Brady (20 years). People began to wonder if it was Bill Belichick who was the better half of the prized duo or if Belichick simply could not deliver without Brady. So far, it sure looks like that as Brady won the Super Bowl in his first season with the Tampa Bay Buccaneers while the Patriots spent a number of weeks looking nearly incomptent on the field.

This led to Belichick going all out in the offseason, spending $159.6 million over nine days in free agency to bring the likes of Jonnu Smith, Hunter Henry, Matthew Judon, and Nelson Agholor into the fold while bringing back key players like David Andrews. It was an effort by Belichick to give his team a mix of offense and defense it did not have last season and very well all could be for a returning Cam Newton to have a better second year.

The most interesting aspect of the offseason, however, will be the No. 15 selection in the 2021 NFL Draft that the Patriots currently possess. Belichick’s biggest knock recently have been his misses in the early part of the drafts with N’Keal Harry being the clear miss with the likes of A.J. Brown, Terry McLaurin, and DK Metcalf coming after him. The spot could lead to a number of possibilities, but fans are of course hoping for it to be the quarterback of the future. For that to happen, Belichick will likely need to trade up.

Here’s a look at the players who could be considered at the No .15 (or higher) for the Patriots that are certainly worth your time and could be major pieces moving forward.

The most attractive player on the board for the Patriots come the draft is Justin Fields, who has fallen down draft boards around the league and is no longer expected to go in the top three of the draft like many once thought. Instead, he is now the fifth quarterback going off the board and could be their guy if the Patriots are willing to trade up with full belief that he is their franchise guy. Fields fits well into the “new” NFL as his mix of strong arm and athletic ability should peak anyone’s interest. His career touchdown:interception ratio is incredibly notable, as the 67:9 shows that he makes little mistakes and finds his talent. That can easily peak the interest of someone like Belichick.

This could be the highest Belichick has in terms of picks considering all he spent in the offseason, and jumping up in the draft to get Fields seems to be worth the price. ESPN’s Mel Kiper Jr. even has the Patriots trading up to get Fields, jumping to No. 10 in a swap with the Dallas Cowboys.

Fields would be the answer to who is the heir apparent to Tom Brady, and rather than waiting for a possible Jimmy Garoppolo reunion or trying to trust Cam Newton to lead them to the promised land, something he couldn’t do even at his best. Fields is the guy who can be Belichick’s ticket back to the Super Bowl.

Micah Parsons has all the tools to be an elite player in the NFL. His only problem with coaches is that his character is taken into question, which may result in him falling down the draft and being a major steal for anyone who gets him. Parsons seems like the type of guy Bill Belichick would have a ball with, using him in multiple spots on his defense like he has in the past with players like Jamie Collins. Parsons should excite Patriots fans because of his overall potential and the chance to get a steal if he can keep it all together.

The reigning, defending Heisman Trophy winner has been hearing it as of late as NFL teams are reportedly moving him down their draft boards due to his size. Interestingly enough, Bill Belichick is still in need of a wide receiver and his great friends with Smith’s coach Nick Saban, who runs a pro offense that Smith could fit right into. It may scare Patriots fans when Belichick is selecting offensive players in the first round, but Smith is a beast who should be elite and could be a steal for them in the draft and at No. 15.

No matter who the Patriots select, all eyes should be on them as this is a make or break draft.