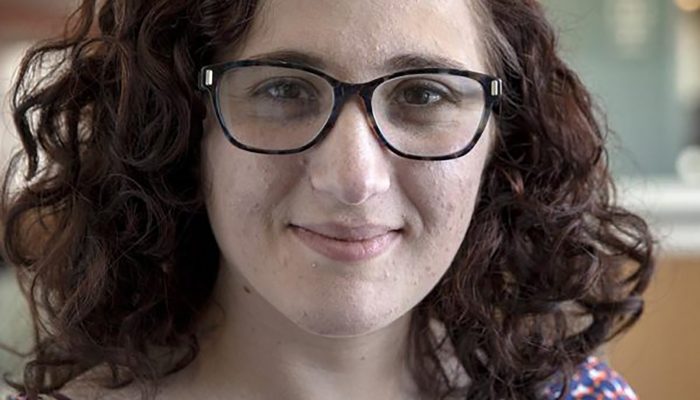 Communication and Media alumna Lindsy Goldberg came to speak about her career and life after Merrimack. Her talk, “Comment, Like, and Subscribe: Media Jobs in the Attention Economy,” took place in Crowe Hall on October 16. The talk discussed rapidly changing media industries and the obstacles students may face if they want to work in media.

Students often wonder what we will be doing after we graduate, and whether Merrimack will equip us for life after college. Many of us hope to work for a well-known company and do something we love. This is exactly what Goldberg is doing as a Program Manager at WBUR, Boston’s NPR station.

Prior to coming to Merrimack, Goldberg attended a few different schools. At her previous school, she was able to work for their college radio station. When she transferred to Merrimack, she decided to co-found our campus radio station, WMCK.

“Nothing has prepared me more than the work that I have done for WMCK,” Goldberg says while reflecting on her experiences at Merrimack.

After working a little after graduating from Merrimack College, she earned her Master of Arts degree at Emerson College and wrote her thesis on college radio.

Goldberg says that the best advice she can give to current students is to go out and do things, especially college media.

“If you want to be a writer, and feel like you don’t know how to write, you should just go out and try it. I wish there was a formula that most people could follow. I certainly took a windy path,” Goldberg said when discussing her brief stint working for an airline, among other jobs, before being hired at WBUR.

She also advises students to keep trying to make connections in the fields they’re interested in and to apply for as many jobs as they can.

As Goldberg says, there is no formula for success but if students work hard, get involved, and make connections, then they can get far in life.