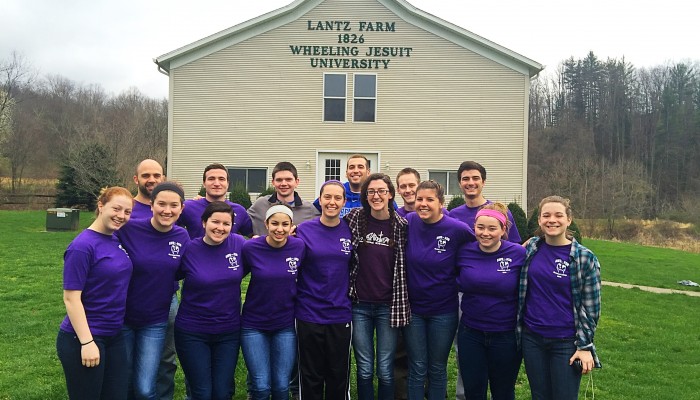 
For the past three years, I have participated in something that means much more to me than I ever thought it would: Alternative Spring Break, a week of volunteer service organized by Campus Ministry. Every Spring Break, Merrimack has about sixty plus students partake in a week’s travel to go to a place outside Merrimack’s campus and community. As a senior, I decided that these trips had somehow changed my college career… Just by going out of my comfort zone with fifteen random strangers within the Merrimack community, I have found an extended family. In one week’s time, every group I’ve been with has changed the lives of many at our specific location, in addition to also making an impact in my life. Now some would call it cliché to say that and others won’t believe you, but that is okay.

These trips are what you make of it. You can have a very spiritual week, an impactful and physical week, a relaxing week of the mind, or even an intentionally thoughtful one. ASB has been all of these and more. By taking just a minimum of one week a year, to believe a difference is being made is what it is all about.

If you asked me if I believed in a higher power, I would look at you and say, “I hope there is, because in everything that goes on wrong in the world – I hope that it is a blessing in disguise. If it is not then I don’t really get what this life is.” I would probably get looks and that is fine; believe in what you wish. Alternative Spring Break is a way for me to express by belief in some sort of higher power. Somehow I was brought to Merrimack, signed up for ASB for the spring of 2014, and have never looked back. As I sat and hand wrote this originally, I was sitting with a group of fifteen people, all of which have pretty much started as a group of strangers leading them to what service and this trip means to me. Annie McDonnell was my co-leader and honestly who I looked up to the most on this trip. She has led more trips than one and has given me guidance in how to properly lead.

Wheeling/Lantz Farm, West Virginia was a new trip this year where Annie and I didn’t really know what to expect. All we knew was that the service would be a wide range of things. We stayed confident in that everything would fall into place, and it did. We started our week off with an orientation at Wheeling Jesuit University to learn about the coal mining industry, which led to the current fracking industry that plays a huge role in West Virginia. After being enlightened on the current issues, we had the ability to apply them to our volunteer work. When my group and I worked with non-profit organization, A Call to Action, we had the ability to do housekeeping for the elderly for two days. To say this wasn’t meaningful work would be a blatant lie. Some of these people did not have families, were widowed, or just had no visitors at all and were very lonely because of it. On Wednesday, we met Grow Ohio Valley. Their mission is to take sites that have been forgotten and turn them into something that is meaningful like the production of fruits and vegetables.

On Thursday, we were lucky enough to have a presentation and driving tour by a Frac Tracker Alliance representative. This driving tour, while educational, it was also eye opening to problems that happen in our own country, yet we do not even know about. Fracking has hurt more people and destroyed more lives from the effects of the mining than the benefit. Too many people turn their head the other way when problems do not directly affect them. This should not be one of them because it is important to understand.

Friday was the day of the Fish Fry through St. Jude Parish as well as Appalachian Outreach, another non-profit organization. Our group of fifteen split into two groups and each one went to one of these places. One group prepared the Fish Fry all day with a group of elderly volunteers that have belonged to the parish for a long time, while the others prepared about 700 toiletry bags to be donated to senior centers and the impoverished wrapped with Christmas paper.

Overall, if you have ever thought about getting to know someone outside of your friend group and expand your horizons, these trips are for you. If you love service, why not bond with other people that love service just as much as you do? There is nothing to lose by participating in an Alternative Spring Break trip and I promise you would not regret it. Thank you to my Wheeling/Lantz Farm, West Virginia Family for being there for a week when I needed you most and helping make a difference no matter the size.