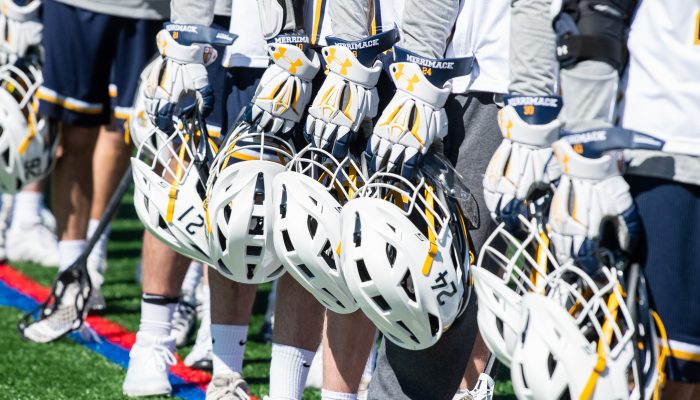 Merrimack Warriors men’s lacrosse brought down the hammer against UMass Lowell on Saturday, February 27, in the River Hawk’s home stadium.

Drew Hailey and Tommy Rooney lead the charge, each tallying four goals apiece. Hailey had a hat trick by the end of the first half. Christian Thomas also scored a hat trick, cementing the Warrior’s lead eight seconds into the 4th quarter.

Aiden Glover scored his first collegiate goal in the 2nd quarter of the contest, an underhanded ripper. Freshman Henry Vogt put on a show in net, making eight saves that contributed to the Warrior’s victory.

The boys take on Bryant on Saturday, March 6, on the road and host Wagner on March 13 for their first home game of the season.