Home > Entertainment > “Viewers Beware, You’re In For a Scare”: A TV Scholar’s Guide to Spooky TV

“Viewers Beware, You’re In For a Scare”: A TV Scholar’s Guide to Spooky TV 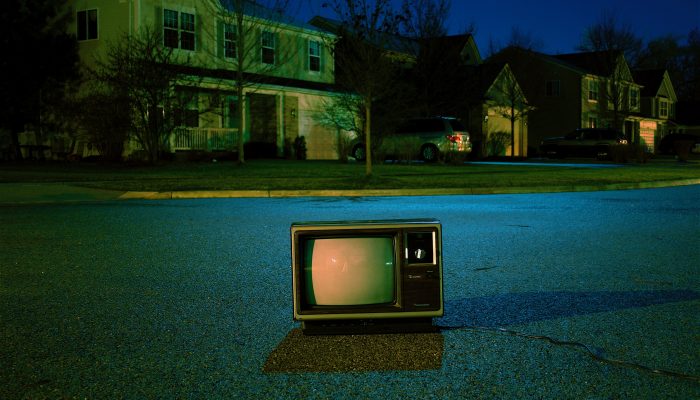 There are a lot of options for indulging in TV spookiness during the Halloween season, but not all options are worth your time. Here are my current favorites, and a more comprehensive selection from both television’s past and present, to consider as you get in the spooky spirit.

The Haunting of Bly Manor (Netflix)

This is my favorite new spooky show! It premiered on Netflix on October 9 and it’s a significant improvement over The Haunting of Hill House, which came out last year. Bly Manor is based on the 1898 novel The Turn of the Screw, and it explores where we go—or rather, don’t go—when we die. The show literally made me jump a couple times, but that’s not why I love it. I love it because it’s hauntingly sad and it features two of the most adorably creepy children. Everything about this show is perfectly splendid.

Evil premiered last fall on CBS and it is now streaming on Netflix. Please give the show a chance because I need a second season. Evil follows a (really hot) soon-to-be-Catholic-priest who performs exorcisms and investigates other demonic and miraculous mysteries alongside two religiously-skeptic teammates.

Like The Haunting, Castle Rock is an anthology series, which means that each season tells a totally different story, based on the works and spooky worlds created by Stephen King. The first season of Castle Rock focuses on a mysterious escapee from Shawshank Prison and a multi-generational tragedy surrounding a missing child. The second season of Castle Rock follows a deeply troubled young mom and her daughter when they get stuck in a town as a cult takes over people’s minds.

What We Do in the Shadows (Hulu)

This show is so funny! What We Do in the Shadows is a mockumentary about four vampires who live on Staten Island. My favorite vampire is an “energy vampire” named Colin whose sole purpose is to drain people’s energy with behaviors we’ve all, unfortunately, experienced. The 2014 movie, What We Do in the Shadows, which this TV series is obviously based on, is also great.

The Chilling Adventures of Sabrina (Netflix)

I love this show for the same reason I love Riverdale (they’re both based on Archie comics): it’s absolutely ridiculous. Sabrina is a darkly melodramatic coming of age story about a half-witch, half-mortal who tries to balance being a regular teenager at a regular high school with learning new powers and having new coven classmates.

This British-American short mini-series tells a classic vampire story, and it tells it really well. The series starts in Transylvania at Dracula’s maze-like castle and follows the ongoing battles between Dracula and Van Helsing’s vampire-killing descendants. We need more concise TV mini-series in our lives, especially chilling ones like Dracula.

There are also a number of spooky TV special episodes you can check out if you do not have the time for a full series, such as the “Epidemiology” episode of Community (Hulu) or the “Full Bars” episode of Bob’s Burgers (Hulu). Additionally, you can’t go wrong watching The Simpsons’ Treehouse of Horror special halloween episodes (Disney+). My favorite ones are “The Devil and Homer Simpson” (1993), “Nightmare on Evergreen Terrace” (1995), and especially, “The Shinning” (1994).

If you’ve already exhausted the list above, here are some other spooky to semi-spooky honorable mentions to check out. Some of these I love and some of these other people love. Either way, you’re bound to find something disturbing, scary, or supernatural.