A Hitchhiker’s Guide to Streaming 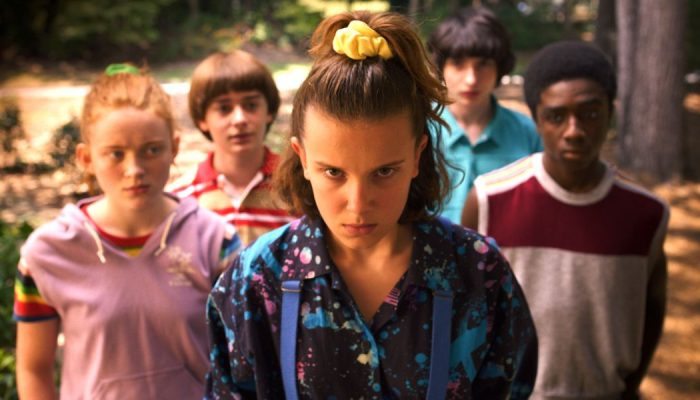 We are in the dawn of a new era of entertainment: the streaming era. More studios and television programs are expanding from the cable box to our mobile devices by the minute. It’s difficult to distinguish the top-tier platforms for maximum entertainment. With limited capacity in movie theatres, 2021 will be a big year for the streaming industry. These are the services that are worth the investment.

It seems like every house has Netflix at this point of time. If you are someone who wants the simplicities of streaming, Netflix is fit for you. It was the service to innovate automatic entertainment. Viewers could “binge” newly-discovered shows instead of dreadfully waiting an entire week for the next episode. This is a trademark for the platform and one of their stronger qualities. They cut those seven days of anticipation into seven seconds. Whether it be a pre-existing show like ​Breaking Bad​ or a Netflix original like ​Stranger Things​, Netflix began the digital revolution. They have had an impressive year in original films through George C. Wolfe’s ​Ma Rainey’s Black Bottom and Aaron Sorkin’s ​Trial of the Chicago 7​, along with the acclaimed series ​Queen’s Gambit​. However, their variety comes at a price for the company.

In 2020, ​Variety​ reported that Netflix was $14.17 billion in debt. This was caused by the necessity of buying the streaming rights for pre-existing properties from studios while also financing their own content. The company also promised a new piece of content for every week of 2021. As this debt annually grows, so does their monthly subscription fees. It makes some question whether Netflix will be worth the price, but I beg to differ. Netflix is a monthly carousel of content; they update their platform every month with different and refreshing content. Even if nothing satisfies you this month, there are bound to be interesting additions in a few weeks.

Disney+ learned from their mistakes as they stumbled with their 2019 launch. The service started strong with the release of ​The Mandalorian,​ a new inclusion to the ​Star Wars​ franchise. Once its season ended, the lack of other new content left audiences feeling lost. However, Disney went to infinity and beyond and announced a slate with over twenty new series based in the ​Star Wars​ and ​Avengers​ universes starting in 2021. They intend to keep us invested by releasing a new show once another ends. Thus far, WandaVision and Falcon and the Winter Soldier have proven this tactic to be successful.

Disney has an advantage over Netflix because they already own every property on their platform; they did not have to buy the streaming rights. Therefore, subscribers are given access to every Disney-owned property at a less-expensive subscription. It’s hard to keep track of which companies Disney currently owns, but their streaming service won’t let us forget. If you’re a fan of the classic Disney animated films, the Marvel superheroes, ​Star Wars​, ​The Simpsons​, or National Geographic, this is the one for you. For an additional few bucks per month, it also adds ESPN+ and Hulu (an early rival of Netflix).

It’s also the perfect streaming platform for the holidays. I was able to relive my childhood through nostalgia trips in their holiday collection. This year, I had a blast watching Tim Allen grunt his way down the chimney in ​The Santa Clause​, Macaulay Culkin scheming against Joe Pesci in ​Home Alone​, and St. Nick going to court in ​Miracle on 34th Street​. Let’s not forget about the Mickey Mouse Christmas specials either.

If you’re looking for family-friendly content, Disney+ is a great way to treat yourself. Also, if you miss watching ​Star Wars​ or ​The Avengers​ in theaters, you won’t be disappointed with the future projects coming in the next few years.

HBO Max is run by Warner Brothers, one of the most respected studios in the business. This platform includes films going as far back as the black & white era. Film connoisseurs will not be disappointed with the deep library of content. Based on the name, it includes HBO’s most critically acclaimed shows from the best few decades.

It was recently announced that Warner Brothers’s 2021 film slate will be released in theaters and HBO Max simultaneously. While this is damaging to the unions of the film industry, fans should not join in on the ruckus yet. HBO Max’s monthly subscription is a whopping $14.99, but that includes a new high-budget film intended for the cinema. Audiences can either pay $15 to risk their health watching ​Godzilla vs. Kong​ in a public movie theater or pay the same price to safely stream it in their private homes. As someone who misses the movie-going experience, I plan to reinvent it in my own home thanks to HBO Max.

The platform also has its share of blockbuster content to rival Disney’s cinematic universes. The recent release of Zack Snyder’s Justice League became the service’s most talked about product yet. Although, Warner Bros. has yet to announce any future continuations for the film. Meanwhile, they are promising an expansion of the Mortal Kombat lore through sequels and miniseries.

It also gives the opportunity to delve into HBO shows that never appeared on other streaming platforms, such as ​Curb Your Enthusiasm​ and ​Game of Thrones​. HBO Max is for you if you want a safe 2021 cinematic experience. Despite being the most expensive streaming service in the industry, it pays off by delivering new high-budget projects and a high-quality library.

Where Is Your Next Stop?

These prestigious streaming platforms will be worth the money based on their current content and incoming projects. While this all depends on personal taste, it’s quite easy to experiment with the variety of streaming platforms. Most of them give users a 1-week free trial and will not charge them until that week is over. Whether you try these three picks or something else like Hulu or Apple TV, now is a great opportunity to explore entertainment outside of the cable box.