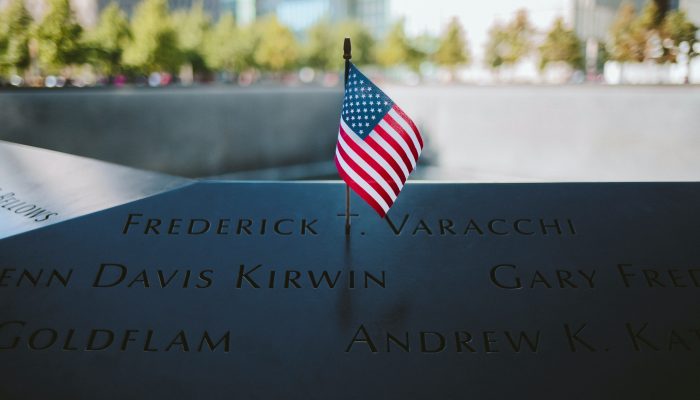 I’m staring at this blank document trying to come up with the words to even describe how horrific this day was as someone who wasn’t born yet. I am 19 years old. Born in 2002. And even watching documentaries, videos, and seeing pictures that show what happened, I feel like I was one of those people staring up at the World Trade Center watching those planes hit them. This day is someone’s worst day of their life. How can someone write about something they’ve never experienced? I’m going to try my best.

It’s hard to believe that it has been 20 years since the attack. On September 11th, 2001, 19 followers associated with the Islamic group, Al Qaeda, hijacked four planes and carried out attacks against specific targets in the United States. The North and South towers of the World Trade Center. Also known as the Twin Towers. The Pentagon, and supposedly The White House. At 8:46 am on this Tuesday morning American Airlines Flight 11 crashed into the North Tower of The World Trade Center. Seventeen minutes later at 9:03 am, United Airlines Flight 175 turned sharply, striking the south tower. 81 passengers were killed on flight 11 and 56 on flight 175. As millions watched these events unfold, American Airlines flight 77 headed to Washington DC and at 9:37 am crashed into the West Side of the Pentagon Military headquarters. 125 military personnel and civilians were killed in the Pentagon, along with the 64 passengers on flight 77. Back in New York, after the attack on the Pentagon, at 9:59 am. The South Tower collapses to the ground. At 10:28 am, the North Tower collapses.There are only 14 survivors from the North Tower. Almost 3,000 people were killed that day. Firefighters policemen and women included.

There is one important piece of the puzzle that I chose to save for its own piece. Everyone involved in this tragedy was brave. But I would like to point out, in my opinion, the bravest of them all. At 9:28 am, Flight 93 was hijacked and started heading to Washington. Many people say that it was targeting the White House, but considering it never reached its target, it remains a mystery. At 9:57 am, the passengers voted to fight back against the hijackers. The passengers raced to the cockpit where they tried to gain control over the plane. Unfortunately, the passengers did not succeed and the plane crashed in Shanksville, Pennsylvania, at 10:03am. I chose to emphasize this flight because of the bravery and courage it took to not only attempt to save their own lives but the lives of those on the ground beneath them. Although they did not, they died heroes.

Nothing will ever make sense out of this horrible event. The question as to why someone would plan this attack and carry it out is beyond me. But I cannot stress enough that this event brought America together. The amount of people that saved others, put their lives on the line for someone else who they didn’t even know knowing that they may not make it out alive, is something to be proud of. I ask that this year, after two decades, we come together this Saturday and not mourn, but celebrate the lives that are no longer with us. Celebrate the bravery, the courage, the love and hope that they had. Celebrate the survivors who are here to educate and talk about their stories. Celebrate the fact that, because of this, America became one.