Home > Sports > Merrimack > A Letter to the Men’s Hockey Coaches

A Letter to the Men’s Hockey Coaches 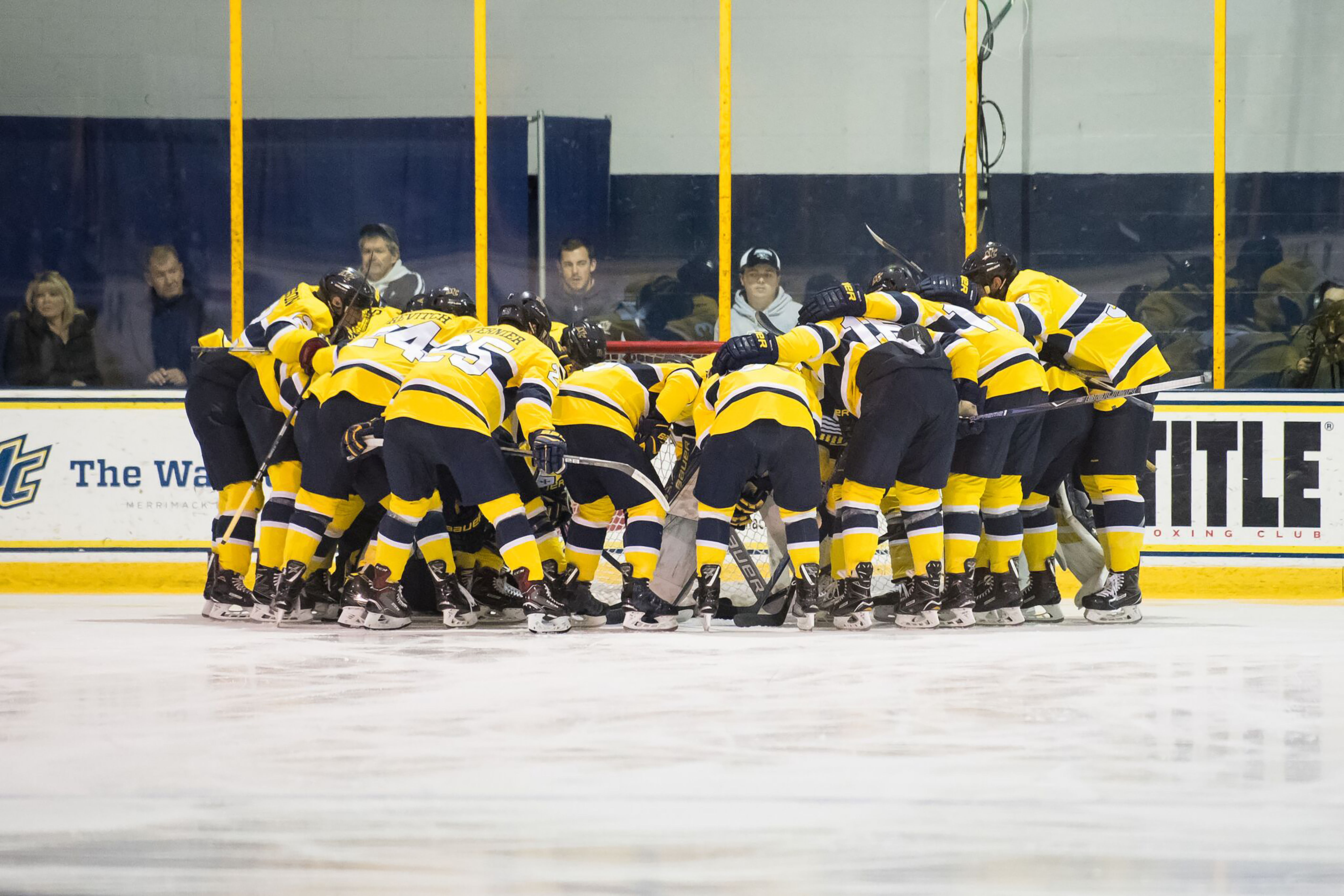 Early in the morning on Sunday, March 11, each player received a text message from our head coach, Mark Dennehy, saying that there was to be a team meeting held that same morning. We were alarmed and thought it was strange, as our season—and my collegiate hockey career—had just ended (abruptly) the night before. As our team headed over to the rink, there was speculation, but nobody knew the news that was about to come. At the meeting, Dennehy informed us that he, along with assistant coach Bill Gilligan, had been fired from the Merrimack hockey staff. Assistant coach Curtis Carr had been asked to stay  on board short-term while a new coaching staff was to be vetted. When I heard the news, I sank in my stall with confusion. Why, we all wondered? As there was further explanation, I began to reflect on our season at Merrimack and how this all came to be, as I don’t think myself, or any of my teammates saw this coming; losing our coaching staff was shocking.

It still made no sense to me how this all came to be. This year we would head to UMass Lowell for the opening round in which we would sweep the defending Hockey East champions. We then would head to face the No. 1 seed Hockey East team, Boston College. For anyone that was able to watch the last two games at Boston College, I think they would have a similar analysis of the game: the better team did not win the series. We truly believe that our season was cut short. We were only one bounce away from winning the series as we dominated most of both games, outshooting Boston College in a two-game total of 70-35. We have played among some of the toughest competition, not only in our conference, but also in the nation.

We all left the rink infuriated and confused on how this came to be. There are so many questions that are just going to be left unanswered, but instead of attempting to demand those answers, we decided instead to look at what has been accomplished by our coaching staff, and to thank them as a whole for everything they have done both for our team and us as individuals. Coach Mark Dennehy has been a role model to everyone within our locker room, and to the Merrimack community, bringing us all together as one. Everyone on the team has had different experiences in which Coach Dennehy was much more than a coach. Our coaching staff took just as much interest in developing us as men as they did in our development for hockey. They created a culture off the ice as well—a commitment to the classroom, in which we all took high academic pride, while simultaneously developing our professional careers. They have provided us all with various levels of support, guidance, and mentoring. One of my teammates came up to me after the Boston College game and said, “Did you see coach Dennehy in the Merrimack student section talking with everyone and cheering with them before the game!? That’s awesome!”. This highlights the type of man that coach Dennehy is; an outgoing, selfless individual who cared deeply about the Merrimack community further than just our team.

The countless hours put in by our coaching staff will never go unrecognized or unacknowledged. We traveled a lot for games, coaches are off recruiting across the country throughout the year, and the time commitment for the hours of video, practice, and games was tremendous. The full job of being a coach does not just fall on them, but onto the families and their children as well. Some of our biggest Merrimack hockey fans included the children of the coaches. I cannot remember the last game in which they weren’t there, dressed from head-to-toe in blue and gold cheering us on, giving us high-fives to and from the ice. For this we not only want to thank the coaches for everything they have done, but to the families for their true support, encouragement, and dedication as well.

We, the seniors, want to thank you, coach Dennehy for bringing us to Merrimack, and your commitment to bettering us not only as hockey players, but also as people. It has been the best four years of our lives. Coach Gilligan, you have helped us grow as individuals, always taking an interest in our futures, through sharing your experiences or even the hard truths of life. Coach Carr, you have provided us with a tremendous amount of guidance and taught us all so much about ourselves, we’ve learned more about our characters since having you as one of our coaches. On behalf of our senior class, I would like the thank you for your impact on Merrimack Hockey. The success we have had both as a team and individually will never be forgotten. To you, coaches, you will all be missed, not only just by our teammates, and the Merrimack community, but us. You may say that you are forever in our debt, but it’s the contrary, we are in yours.