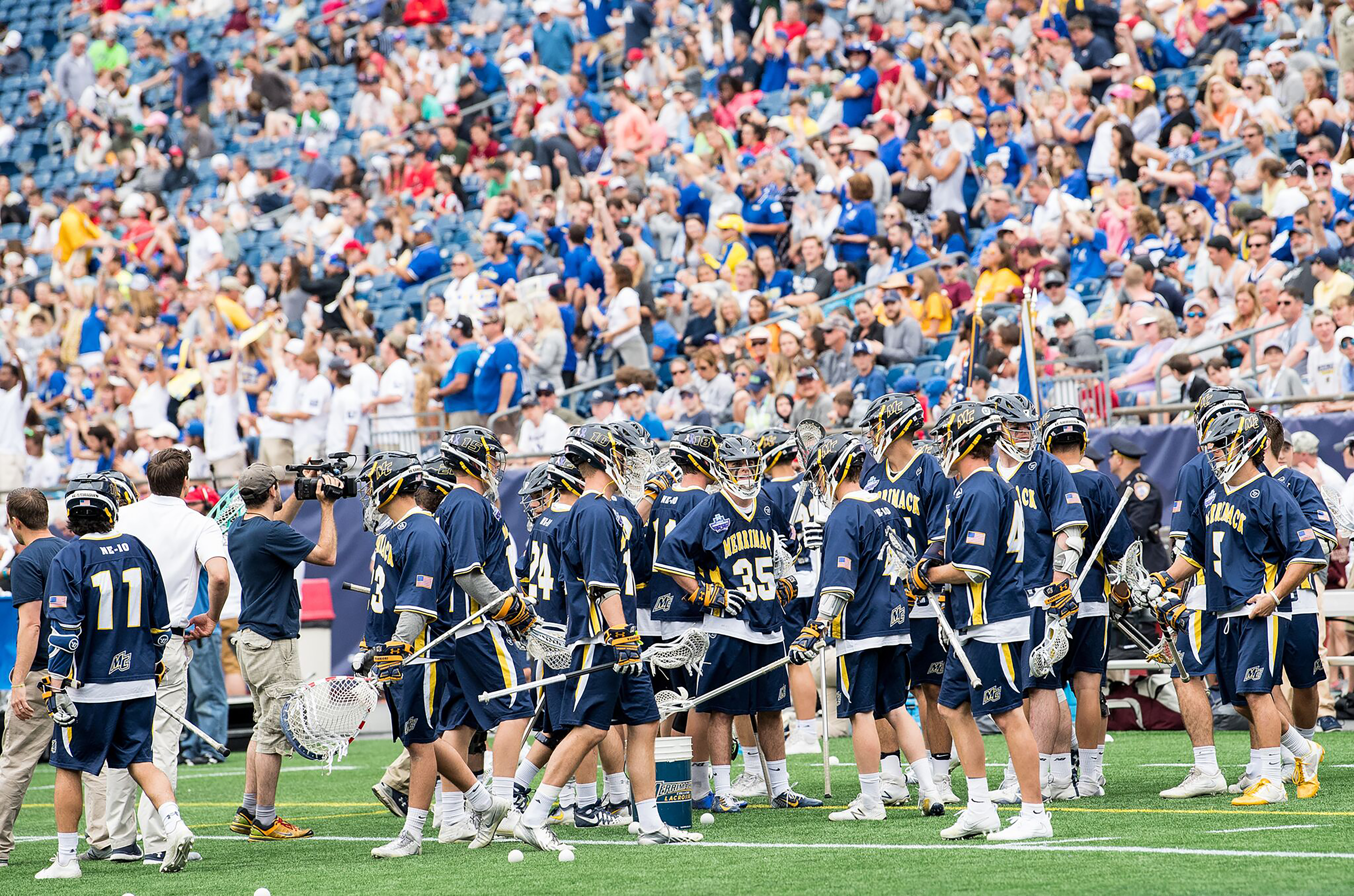 Over the last three seasons, the Merrimack College Men’s Lacrosse Team has proven that they are one of the very best teams in Division II lacrosse. Over the last three seasons, the team has twice made it to the semi-final round of the NCAA Tournament. Last year they took another step forward and made it to Merrimack’s first ever Division II National Championship Game in lacrosse. Although they fell to a very strong Limestone College team, 11-9, Merrimack showed the world they can play against anyone, and could be even better this year.

The top-ranked Warriors return all, but four starters from last year’s magical team. With such little change in the roster, the Warriors are primed to make another deep run in this year’s playoffs. Coach Michael Morgan is confident in this year’s bunch, saying, “They are probably the hardest working and most prepared [team I’ve coached]. They have a ton of big game experience and I would like to think we are as talented as the other top teams. This team I believe is mentally tough and can win a 6-5 game or a 15-14 game.”

Just as the roster remains almost identical, so too have the goals for this year’s team. Coach Michael Morgan says the goals for this year’s team is “to work harder than our opponent each day at practice, achieve over a 3.0 in the classroom, be a good representative of our program in the community, and the mission is to win the National Championship.”

The lacrosse team began their run to accomplish these goals Sunday,  Feb. 18 in a battle of top-10 teams as they took on no. 8 ranked NYIT at Gillette Stadium. Coburn was able to put away the first goal just 14 seconds into the match and from there on, Merrimack shined. They went on to win the heated game 16-14 with many lead changes throughout, but the Warriors sealing the deal in the fourth quarter.

One of the biggest question marks going into this game was how this team would respond after losing a few players to graduation and gaining new freshman players. It was clear early on that the new freshman were fitting in just fine as freshmen Sean Black and Christian Thomas combined for 10 points on the afternoon (6g, 4a). Black even tallied the most points in a freshman debut ever since Corey Lunney ‘13 had eight in his debut.

To go along with the new freshman shining, returning players continued right where they left off. Last year’s leading scorer, Charlie Bertrand, tallied six points throughout the game with four goals and two assists. Senior Jack Trask also had a solid game returning from injury by posting a hat trick in his first game in nearly a year. Senior Mitch Green made his first career start in net and finished with 12 saves and 40 shots total.

The Warriors have a long way to go to accomplish their overall goal, but this was a good start. NYIT is a team that Merrimack has been 2-5 against during the time of the program at Merrimack. Merrimack now has almost two weeks until they host Lake Erie on Saturday, March 3.

Although the Warriors are only one game into the season, Coach Michael Morgan sees great potential with this team, saying,“If they keep working hard, playing as a team, and caring about the smallest detail [they] have a very high ceiling.”