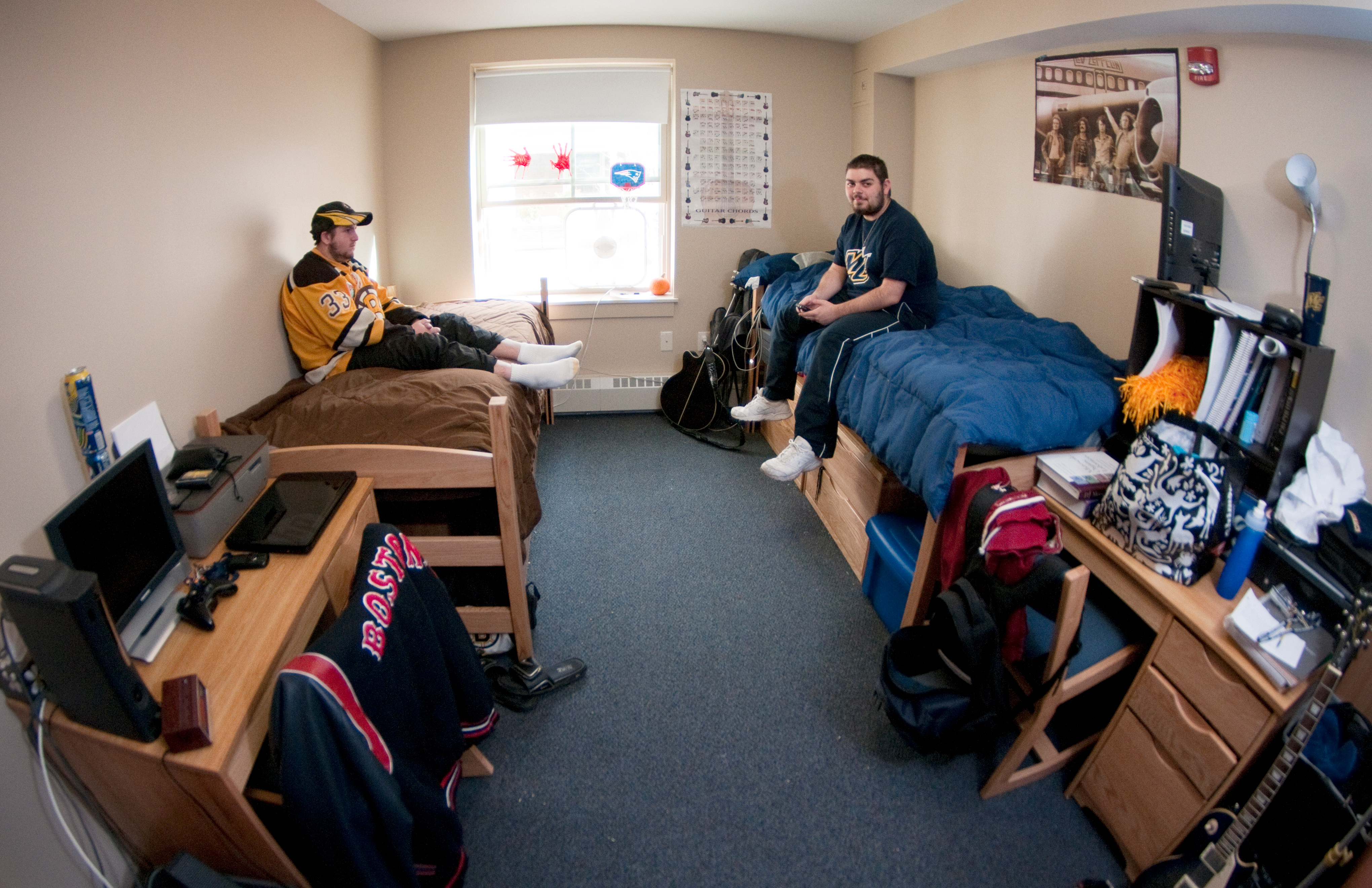 Dormitories are a place on college campuses that can make a student feel safe. In a sense, they can give a student their own place to relax and to be themselves.

It also means many students are living with members of the opposite sex, in many cases, for the first time. Many students interviewed said the way Merrimack has set up co-ed dorms promotes a respect for each other that supports their Augustinian values, more so than other colleges.

“I come from the typical Catholic family lifestyle and I have been brought up by parents that cherish church values,” said Sophomore Nick Zannis. “Personally, I do embrace the value of sex after you’re married. It shows self control and puts a certain level of responsibility on you and I find that important.”

Merrimack College structures their dorm set-up as floors being separated by gender. There is an exception to this in the suites in Monican and Ash where all genders share the same floor but each suite is one gender

“I have no problem with this type of setup,” said Kelly Williams, a junior. “I find that the people that I live with on my floor, both the guys and the girls, are very nice and approachable and the best part is that everyone on my floor respects each other’s privacy. I find it that the dorm set-ups here are to promote the Augustinian values that this school holds very proudly. And personally, I wouldn’t want it any other way.”

Nearby Catholic school Saint Anselm configure dorms in a way where they just have all-male and all-female dorms. Sophomore Connor Mackey said he understands why they do it that way.

“I feel that sometimes having the two genders live together in the same dorm can be very risky. Sometimes, I just don’t trust all of these people that live in my hall to do the right thing,” said Sophomore Connor Mackey. “There will always be people that make the wrong decision or act, I just don’t want to be apart of that in any way. I find what that school does for dorms for the students is very responsible.”

At public schools, like UMass Amherst, they have dorms where males and females live together in the same dorm and share the same bathroom.

“I find it completely irresponsible that the school would endanger their students like that. That is how students on that campus get sexually assaulted and possibly worse. And for that reason, that’s why I did not want to go to that school. And that is why I wanted to go to Merrimack,” said Hernandez. “I felt that Merrimack provided a safe and respectful campus that had dorms that helped promote safety with their students. It well respects the values of the school and for that I am grateful.”