Home > Arts & Entertainment > A Gift for a Friend of a Friend

A Gift for a Friend of a Friend 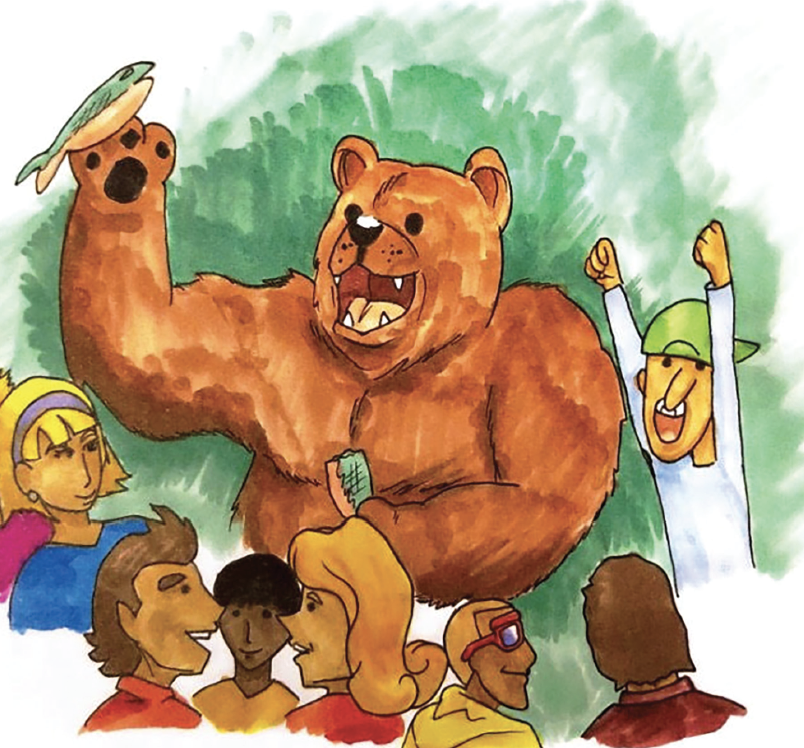 It was a brisk December day. The chilling wind gently blew across the landscape of the city, causing many to duck inside where it was warm. Many took shelter, but among the few who were out and about was a young man named, Horace. Horace was alone; walking quickly down the center of the sidewalk. Any physical features of this man could be described as average. Average height, average weight, and average looks. But this particular day couldn’t be described as average.

“What am I going to do?” Horace murmured.

Horace pulled his hand from his coat pocket; gripping a small slip of paper. On the paper was a name scribbled poorly in pen; “Kody.” He gazed at the paper, giving it his full attention, but not breaking his stride. Suddenly, the light of a store window caught his eye, causing him to stop dead in his tracks. It was a scented candle shop.

Horace walked into the store and was immediately met with a fury of scents. He could smell flowers, pine needles, and maybe even chocolate; it was overwhelming. The door behind him closed, triggering the bells tied to the door handle to chime. And as if on cue, a man poked his head out from around a doorway.

“Hi.” This was all that Horace could muster. If he opened his mouth anymore, he thought that the stench of the candles would choke him. “I’m looking for a small gift. I don’t know much about these things, so could you help me?”

The shop clerk’s face lit up. His already flushed checks seemed to become rosier. “Of course.”

Over the course of 20 minutes, the clerk kept bringing Horace candles; asking him to smell each one. Some candles were pleasant, but most were overpowering. Horace was getting antsy. After all, he had somewhere to be in less than an hour.

“If you don’t like this one, then there is simply no pleasing you.” The clerk shoved one last candle to the worried boy’s face.

“Gah!” Horace turned his head from the candle so fast, it was as if he got punched in the face. “What was that?”

“Seaweed Evening. Some like it. I figured that since you’ve been so finicky, that I’d give it a whirl.”

Horace sounded defeated. The clerk could hear the melancholy in his voice.

Horace was reluctant to say for a moment, but then he didn’t see the harm in saying.

“I’m going to a Christmas party and there is a Secret Santa gift exchange. I have to get a gift for a friend of my friends who is going to be there. I wanted to make a good impression because he sounds like a cool guy.”

“THE Kody!” The clerk burst into laughter.

Horace jumped. He felt butterflies fluttering in his chest. What did the old shop clerk know about Kody?

“Son, everyone knows that the only thing Kody wants is some smoked salmon.”

The young man didn’t know if the clerk was crazy or talking about an inside joke that he wasn’t in on.

Horace flung himself out the door and back onto the cold walkway. He may have left behind the delirious shop clerk, but the artificial smells of his candles were now on his clothes. 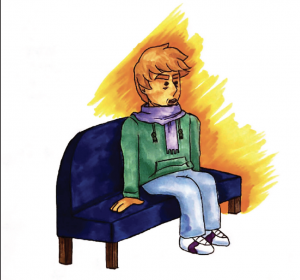 Horace made his way to the party. He was empty handed and couldn’t help but sulk. What would Kody and the rest of his friends think? As the home of his friend, Julie came into view, he kept thinking about what happened. Why did the candle shop clerk say what he did? But before he could reflect more, Horace bumped into something. It was an old man.

The old man was wearing an old worn jacket. Some buttons were missing and loose thread dangled from his sleeves. Next to his dirty rain boots laid a paper bag. He dropped it when Horace collided with him. The old man crouched down and reached into the bag. He pulled out a roll of damp newspaper and thrusted it into Horace’s chest.

“Happy holidays, sonny!” And as quickly as he spat out his words, the old man hurried off, almost sprinting.

Horace was more confused than ever. His hands held the slightly wet newspaper. Horace caught a small whiff. It smelled of fish. He didn’t know what to do. He was only a few hundred feet from Julie’s house. The word, go, echoed through his head. Plus, if he went to Julie’s, he would have a funny story to tell to all his friends, and with smelly proof in hand.

Horace walked up the steps to Julie’s house. He stood in front of the door and could hear laughter and music inside. He took a deep breath and slowly opened the door. Almost immediately he was greeted with a loud, “Horace!” It was Julie. They had been friends since the fifth grade and were now seniors in college. Horace harbored secret feelings for her, but could never profess them. Like many people in his position, he simply didn’t have the courage.

Horace laughed. After everything that had happened that night, he was glad to see his friends.

“Well, you will never believe what happened tonight.” However, before Horace could begin telling his story, Julie ran past Horace to the front door. She and several others crowded around the latest guest.

Horace’s heart sank. He knew who it was. He knew it was Kody. Julie’s voice roared again.

“Okay! Our last person is here. Let’s exchange gifts and mix and mingle!”

Horace walked slowly towards the crowd of people. His eyes were fixed on the floor. Horace looked at all the different shoes. It was easier than seeing Kody’s face. He knew that he was going to have to tell him that he had no present for him. Horace heard Kody’s voice. It was deep, deeper than anyone he had ever known.

Horace was now a part of the crowd. He swallowed all the spit in his mouth and wiped the sweat from his forehead. He then searched his being for all of his courage and lifted his head. He planted his sight on what should have been Kody’s face. But all he saw was brown fur. Yet again, Horace was perplexed. He slowly tilted his head up. And as if he was shoved, he leaped back from the crowd and fell on his back. Inside the crowd of people where Kody should have been was a bear.

Julie emerged from the crowd and helped Horace up. “Are you okay?”

Horace’s legs were weak. He turned his head towards Julie, but couldn’t say anything. His fear robbed him of all his words. Julie started to pull him towards the bear.

“Com’on, I want you to meet someone.”

Horace found himself in front of the bear. His mouth hung open. The bear looked down upon Horace with its enormous eyes. Its mouth opened, as if to let out a growl. But a growl, roar, or snarl didn’t leave its fangs. It was something much more bizarre.

Kody was the bear. Horace felt like he was on the verge of insanity. He looked down at his hand and saw that the newspaper roll was still clutched in it. Without taking his eyes off of Kody, Horace handed Kody the damp papers.

“Bro, for me?” Kody immediately tore into the papers with his sharp claws. “No way!”

Horace still couldn’t say anything. But Kody was ecstatic, because hidden inside the newspapers was some smoked salmon. Kody started munching away. Bits of salmon were falling to the floor and friends and strangers alike started laughing. Horace finally found his words.

“He’s a bear,” said Horace. But no one could hear him. They were too focused on Kody’s salmon fueled frenzy. Horace spoke again.

“He’s a bear.” Horace walked to the nearest couch and took a seat. He kept watching the abnormal scene unfold before him. “But, he’s a bear.”