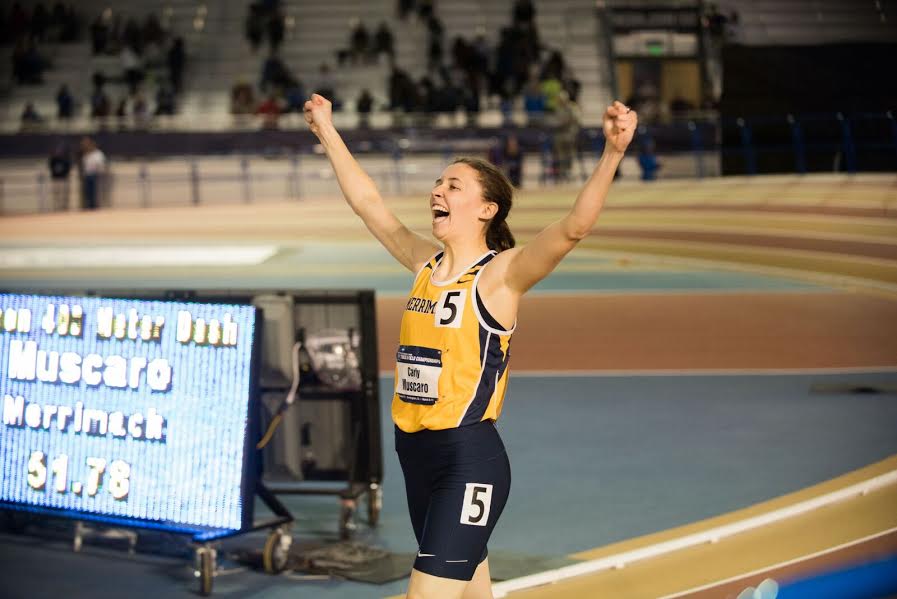 Two weeks ago at the 2017 NCAA Indoor Championship, Muscaro not only defended her 2016 400m title, but also captured the 200m title for the first time in her career.

In her staple event the 400m event, Muscaro was able to do even better than last year by breaking the Division II national record for the event. Muscaro ran a blistering 51.78, besting the previous national record set by Lorraine Graham in 1997, who ran a 52.22.

After the 400m event, however, Muscaro was not finished. In the 200m, Muscaro was able to close the gap behind the leader and finished just in front to capture the title with a time of 23.57. This would be Muscaro’s fourth national title.

Muscaro was also able to help the 400×4 team of sophomore Michaela Pernell, senior Olivia Downey, and freshman Savanna Spencer come to a 4th place finish. A part of Muscaro’s success as well as team’s also came from help from their coaches, who were recognized for their job at the end of the season.

Muscaro will look to add to her national title total as well as defend the outdoor season title she won in 2016. With successful momentum from the indoor season already carrying into the outdoor season, the sky’s the limit for Muscaro as she enters her final season.