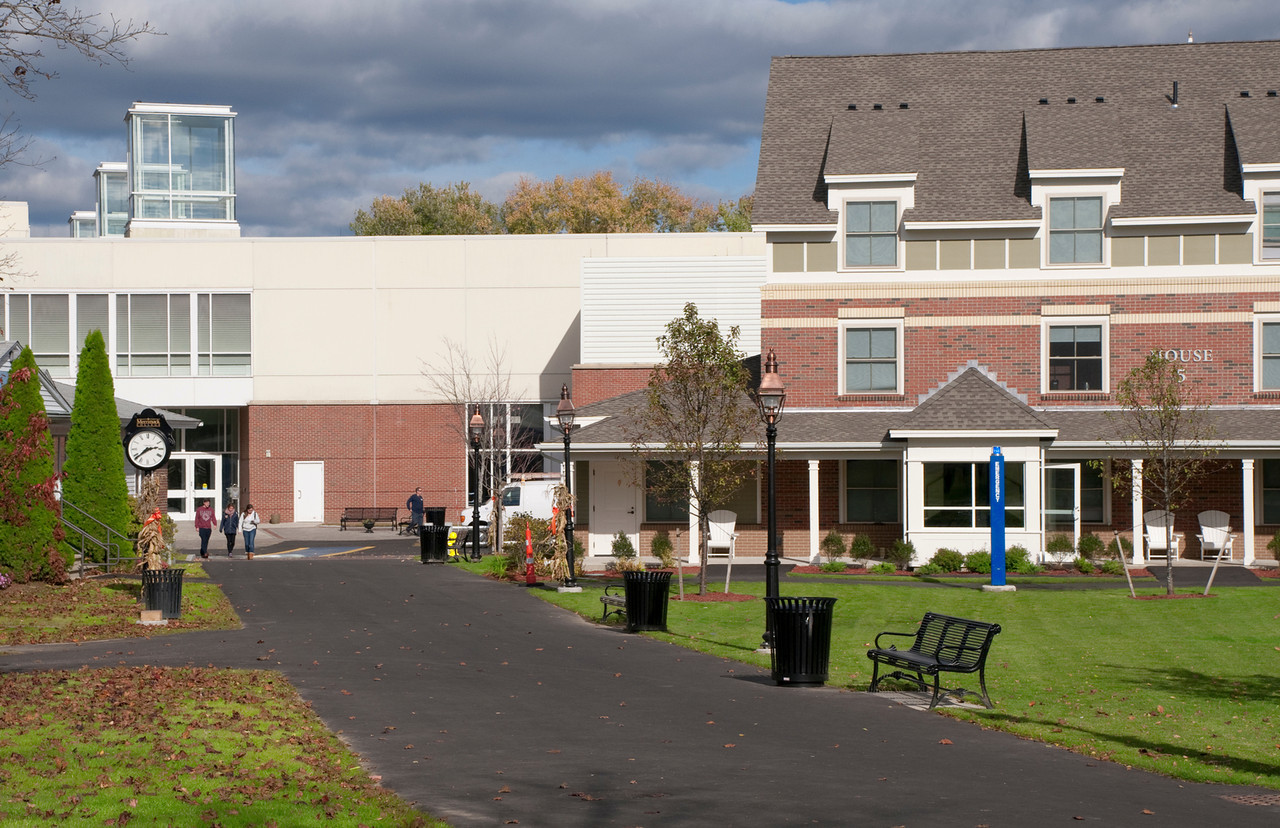 The lines at Sparky’s may be long this year, but there is no telling on how long they could be in a few years.

“We’ve grown our enrollment by about 50 percent over the last five years, which has been the plan of the institution,”  said Darren Conine, associate vice president for admissions at Merrimack.

The freshmen class this year is so large that during the summer upperclassmen were given an option to move to Royal Crest or O’Brien Hall to make room for the freshmen in Deegan Hall and Ash Centre.

In increasing the number of students admitted into Merrimack, the number of available rooms also had to be increased. Freshmen are guaranteed housing and therefore this is the first year in Merrimack’s history they had to account for this many students, Conine said.

“We know typically 88 percent of  incoming classes wants to live on campus. We worked with Res Life all summer long to make sure there was space for them on campus,”  Conine said.

Although officials said students were given a choice, many upperclassmen said they didn’t feel like they had much of a choice.

“We didn’t really have an option, the only other option was a five-person in O’Brien,”  said Alec Nicotra, a sophomore living in Royal Crest.

Patrick Onessimo, another sophomore living over at Royal Crest, also didn’t feel like he had much choice.

“We did not have a choice to stay on campus,” Onessimo said.

Chiavelli said most students chose Royal Crest as their option to make room for freshmen on campus. Royal Crest and Merrimack have a deal together. If Merrimack needs more rooms for students, Royal Crest can provide them. This gives the school the resources to accommodate more students, although students may not get their first option.

“We can always take more rooms (at Royal Crest)  if we need them and with the crosswalk it makes it much more compatible,” Chiavelli said. “Almost a campus adjunct.”

Conine said all students who put down their housing deposit on time were able to get a housing assignment.

“They were given this option to go over to Royal Crest, which from my perspective is an apartment-style living,” Conine said. “ It’s kind of nice, especially now we have the crosswalk..”

Onessimo said there are some upsides to apartment living, such as having air conditioning and a big kitchen. But there is a downside too.

“I feel like I’m never on campus unless it’s going to class. We kind of feel excluded,” Onessimo said. “Also I feel like we can’t really be college kids because of the quiet hours at 10 every night and having real residents as neighbors.”

Nicotra is looking for a change next year.

“I want to be on campus,” Nicotra said.