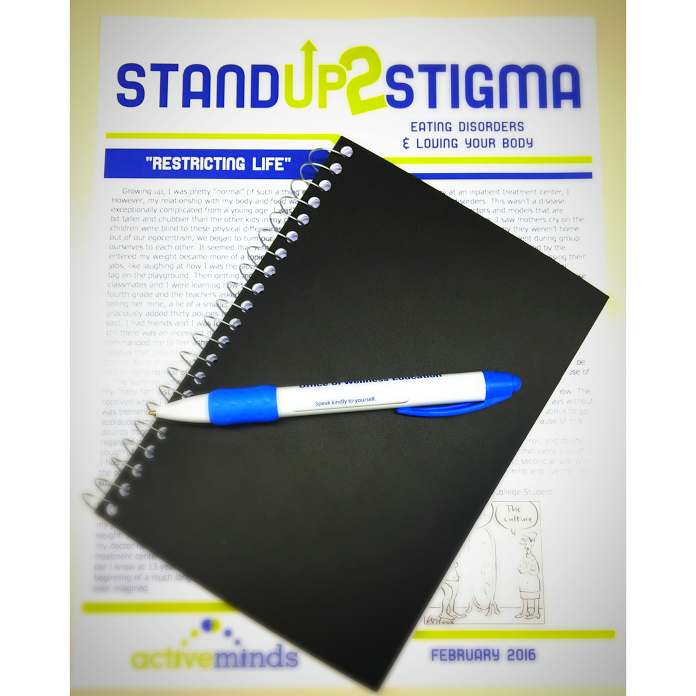 These are some of the most dreaded words for anyone suffering from a mental illness.

Everyone has a different point of view or thought about what mental illness entails. For many, it is this scary topic that is almost like politics in conversations; you do not bring it up.

Why is this? According to the National Alliance on Mental Illness, 1 in 4 adults — approximately 61.5 million Americans — experience mental illness in a given year. Mental Health America started #B4Stage4 to start talking about mental health before it is too late and this movement can be applied everywhere.

Merrimack College has decided to take a stand. At the beginning of the fall semester, a chapter of the national organization Active Minds was approved by the college. This meant the start of the conversation about mental health and the importance behind it on Merrimack’s campus. Students hear and talk about mental health in completely different ways, but most surrounds some sort of negative view.

“People struggle to understand mental illness because it is not a type of illness that you can really see,” said Jenna Coviello, vice-president of Active Minds. “It’s your thoughts, emotions, and state of mind. Mental illness exists everywhere and is too often written off as something that if it is out of sight, it is out of mind.”

“The Active Minds chapter at Merrimack is extremely important to change this view because mental illnesses affect too many to sweep it under the rug,” said Christina Hardway, Associate Psychology Professor.

Mental illness is the elephant in the room in many situations, including job interviews and the professional environment, because everyone is just expected to be “OK”.

According to Curtis Norton, a professional at Fidelity Investments, “In a large company like Fidelity, where there is such a diverse workforce, tolerance is not only necessary but critical for success as you will be working with people from all walks of life and from all over the globe.  While I believe the corporate culture to be a very tolerant, and inclusive one, I do think the connection of mental illness to some tragic events has allowed a stigma to exist, however small it may be.”

Years ago the response to questions about mental illness would not have been this understanding. People in the workplace were hiding mental illnesses because it was not accepted; you just went to work to get your job done.

Professors in higher education have much more experience in the world and can shed a better light on what the stigma is. It is only natural that they have a different more educated view on mental illness especially in the Psychology Department.

According to Christina Hardway, “It is terrific that Merrimack is broadening the conversation about mental illness. Lowering the discomfort that surrounds mental illness is definitely a step forward. You won’t always be suffering just because you are suffering now is what I tell people.”

This spring semester Active Minds has decided to really make an impact on Merrimack’s campus. Each month the club will focus on a different set of mental illnesses and surround all events and media around them. February will be Eating Disorders and Love Your Body. Going along with this will be an entire week of events with this topic. Active Minds together has created a monthly newsletter that will match the topic of conversation. Keep your eyes out for their first edition of Stand Up 2 Stigma that was released Monday, February 1st all around campus. Weekly meetings will be on Mondays at 7PM in Murray Lounge.