It’s been a record-breaking winter for snow. In the last three weeks, the Boston area has been pummeled with 7 feet of snow and it’s like there will be more on the way.

Merrimack has dealt with the snow as best as its resources have allowed it. Merrimack facilities and the campus as a whole have truly come together during this unprecedented second half of winter.

President Christopher Hopey has accommodated Merrimack students during these harsh blizzards in multiple ways. The college has worked with its students and its employees step for step keeping them feeling safe and constantly updated. Sakowich dining services have remained open throughout the two major blizzards that have hit the entire Boston area.

Students say they feel safe and are thankful for the Merrimack employees that have had to work abnormal and lengthy hours to accommodate them through what many are calling “Snowmageddon.” 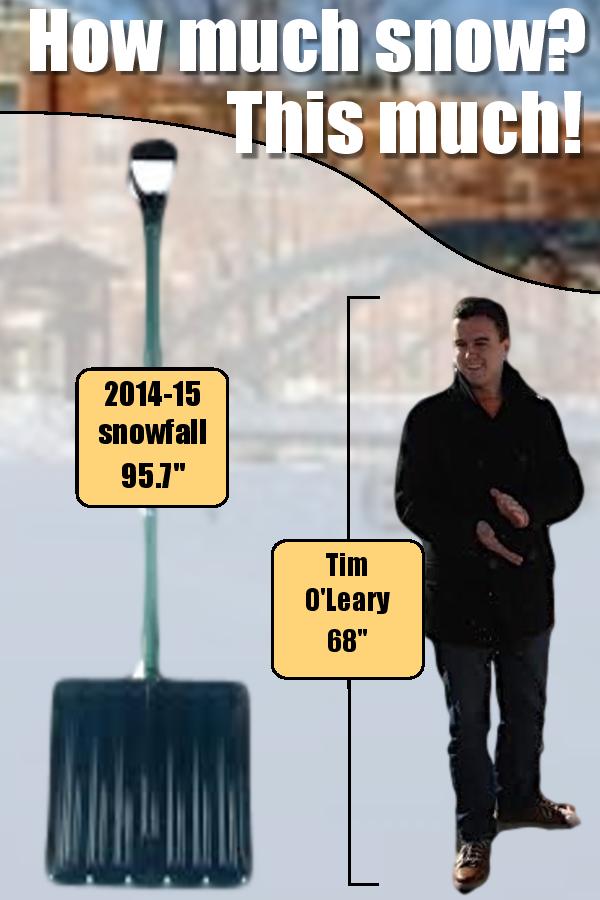 Junior Jonathon Roberto who is also the reigning Mr. Merrimack champion said, “I really feel comfortable during these storms and have not felt abandoned by the school at all. The emails and RAVE alert system have kept me updated about everything I needed to know during the storms.”

When asked about the cancellation of multiple classes, Roberto stated, “Having a few days off has been nice and has allowed me to catch up on some of my school work, but I am ready to have a full week of classes and get back into my normal routine.

Merrimack Facilities has had a tough two months and its members have had to work lengthy hours with minimal sleep in order to keep up with the campus’s snow accumulation. Facilities have kept up with the huge snowstorms by rotating crews. When one crew leaves the campus to return home and get some sleep another crew begins working. This tactic assures that there are always facilities members keeping up with the rapid snowfall around campus.

Gaining extra help from Merrimack students who are interested in making some extra money shoveling residences has also helped facilities. This is a great example of the entire Merrimack College community working together during these tough times to keep students shoveled out so they can move around campus as routinely as possible.